A New Swag In Town

A new brand of swag was brought into the game of basketball  two decades ago due to the coolness of the Michigan Wolverines’ Fab Five. 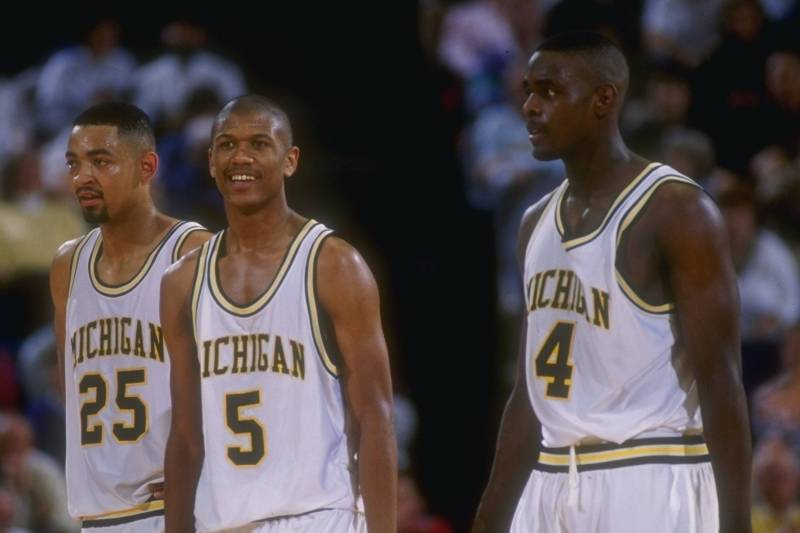 Imagine that something as simple as altering a piece of  game uniform, well in this case longer and baggier shorts, could  change the women basketball shorts uniform fashion and have a lasting culture for the NBA

But the game changed when the  some of nation’s  most elite high school talents joined together to form a NCAA super team in 1991 that established a trend  which would carry over into the NBA and transform the league today.

It was more than just amplified shorts and black socks; the “best recruiting class ever” trotted out five freshmen, all with unfiltered attitudes to match the distinct look.

The generation of children that were born in the 90s it’s easy to forget how the pro basketball players used to dress back in the day. The jerseys were tight as  heck around the stomach, the shorts seemed disgustingly high above the knees and the socks reached almost all the way up the shin. Today’s current  players gear of baggier jerseys, athletic shorts that hang at or below the knee, and ankle high black socks, the old uniforms may appear rather, well, goofy and ordinary.

So what happened in-between the late 80s and the early 90s that caused such a dramatic shift in how one dressed to play basketball? The answer lies with five young men that played for the Univeraity of Michigan Wolverines  basketball team in 1991, who today are known as the Fab Five

Who Were The Fab Five

The Fab  Five consisted of Chris Webber, Jalen Rose , Jimmy King, Ray Jackson, and Juwan Howard  are popularly regarded as the best college basketball team of all time.  They are credited  with helping to  change  what it meant to look like as a basketball player and what it meant to carry your self  like a basketball player.  Through their innovations of attire and game tactics the Fab Five single handedly changed the culture look of basketball seemingly overnight.

During the late 80s and early 90s, the attire for basketball hadn’t changed much since the game’s inception in the 1890s; the shorts were still short and the jerseys were still skin tight.  Then in 1991, the Fab Five changed everything, and hit the court dressed in baggy shorts, black socks, and with shaven heads.  This may not seem like such a big deal now because this is how most professional basketball players dress today, but the reason that basketball players dress this way now is because of how the Fab Five dressed then.

It was a dramatic  change of attire that was quite literally the complete opposite of how every other basketball team was dressed at the time.  Gone were the days of the classic  look of crew cut hair styles and high shorts.  In came the new generation, clad in uniforms of  corn row heads and baggy clothes that spoke not to the individual but to the team as a whole.  With the look of the Fab Five also came the style of the Fab Five, and this was something the world of professional basketball may have not  of seen coming.

Solidifying their status as different by the way they dressed was merely the first step for the Fab Five.  They proved that their unity of dress wasn’t just a gimmick.  They had inherent talent and skill that proved they were a force to be reckoned with on the court.  With this new look of fashion introduced to basketball by the Fab Five also came the inclusion of the Fab Five’s playing style, which is arguably their greatest contribution to the game.  This style of play came in the form of street ball tactics which included flashy crossovers, fake outs, trick passes and ally oops that degraded their opponents.  Combine that with their reputation for trash talking, on and off the court, it created an almost thug like aura that many attributed to the rise of popular hip-hop music; something the Fab Five embraced.  But was this kind of playing style for the betterment of the game?

The beauty of the style of the Fab Five is that it introduced a new element to the game of basketball that was seldom ever used, the element of mind games.  To the older generation of basketball players and analysts they came off as a bunch of punk kids playing street ball in a professional environment.

Women’s Basketball Uniforms Through the Years

The women’s basketball program has worn some pretty sharp looking uniforms through the years.

Most  people in  that era  wrongly felt that women were too frail to play basketball or any competitive sport. They narrow mindedly  thought that play was  much  too physical and mentally taxing, and women would be slow to recover following  a game, resulting in a reduced ability to rear  children. The feeling was that competitive sport, long associated with masculinity, would take from woman of her feminine virtues or encourage women to leave their domestic role. In response to this, a physical education instructor named Senda Berenson adapted Naismith’s rules for women, reducing the physicality and maintaining feminine decorum. The rules were amended in 1918 to further restrict play.

The Topeka Aces played by these rules and, as a result, their games looked different from those we watch today. The court was divided into three sections, one under each basket and one across the center. Each team played six women, two for each section of the court. A player could move anywhere inside her area but not out of it. She was restricted to only  three dribbles and a pass to  her teammates. Swiping at the ball was forbidden, as well as guarding beyond the vertical plane. 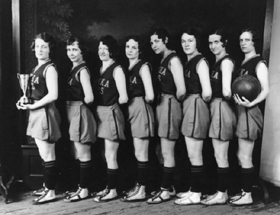 While rule changes made the game less taxing, changes in clothing styles made it safer. Women who played in the early 1890s wore long skirts and slippers. Many bruises, sprains, and broken bones resulted. By the turn of the 20th century, women wore bloomers—baggy, knee-length pants that fastened below the knee—when exercising. As hemlines rose in popular fashion, so did the length of the bloomers. When the Aces were playing in the 1920s, flappers were wearing their skirts above their knees. This is reflected in the shorts worn by the Topeka team.  Also  Hemlines and bloomer length were not the only thing to rise; so did complaints that such uniforms were too revealing. Ironically, attendance at games also rose.

Despite complaints and criticisms, women’s basketball became a popular sport and the Topeka Aces became an outstanding team. They never lost a tournament and won the city championship in 1928. According to Ransdell, their success made the team reviled in the Topeka women’s basketball community. Players from opposing teams picked flowers from the Aces’ championship wreath and threw them on the floor.

Like many others who played the sport, Ransdell proved that competition did not permanently remove a woman from the home. In 1939, she left ATSF to marry Harry Nelson.

Although players began landing a ball in an upside-down peach basket in 1891, official rules for the sport were not devised until 1892. For the first eight years the sport was played, baggy trousers and wool undershirts were what the players commonly wore, mostly because that was their attire each day. In the early 1920s, as the game grew more popular on college campuses, league officials decided to coordinate what players wore to avoid the ball being passed to a player of the opposing team.

The history of basketball uniforms shows more coordination among players between 1920 and 1940 as they started wearing mid length jerseys and made shorts of wool. The shirts were fastened like a modern day body suit to keep them from getting untucked. Spalding the maker of basketballs ,created one of the first padded shorts for basketball players during this period. Women and youth players were ordered to wear kneepads in basketball games.

With the advent of synthetic materials, the history of basketball uniforms took another turn as the hot, difficult-to-launder wool uniforms were replaced by thinner polyester and nylon versions. The pants grew shorter, becoming brief-style by the mid 1960s, while the shirts became track-style jerseys. During the 1950s, players wore belts with their satin shorts. The belts were eliminated in the 1960s, and elastic waistbands added. 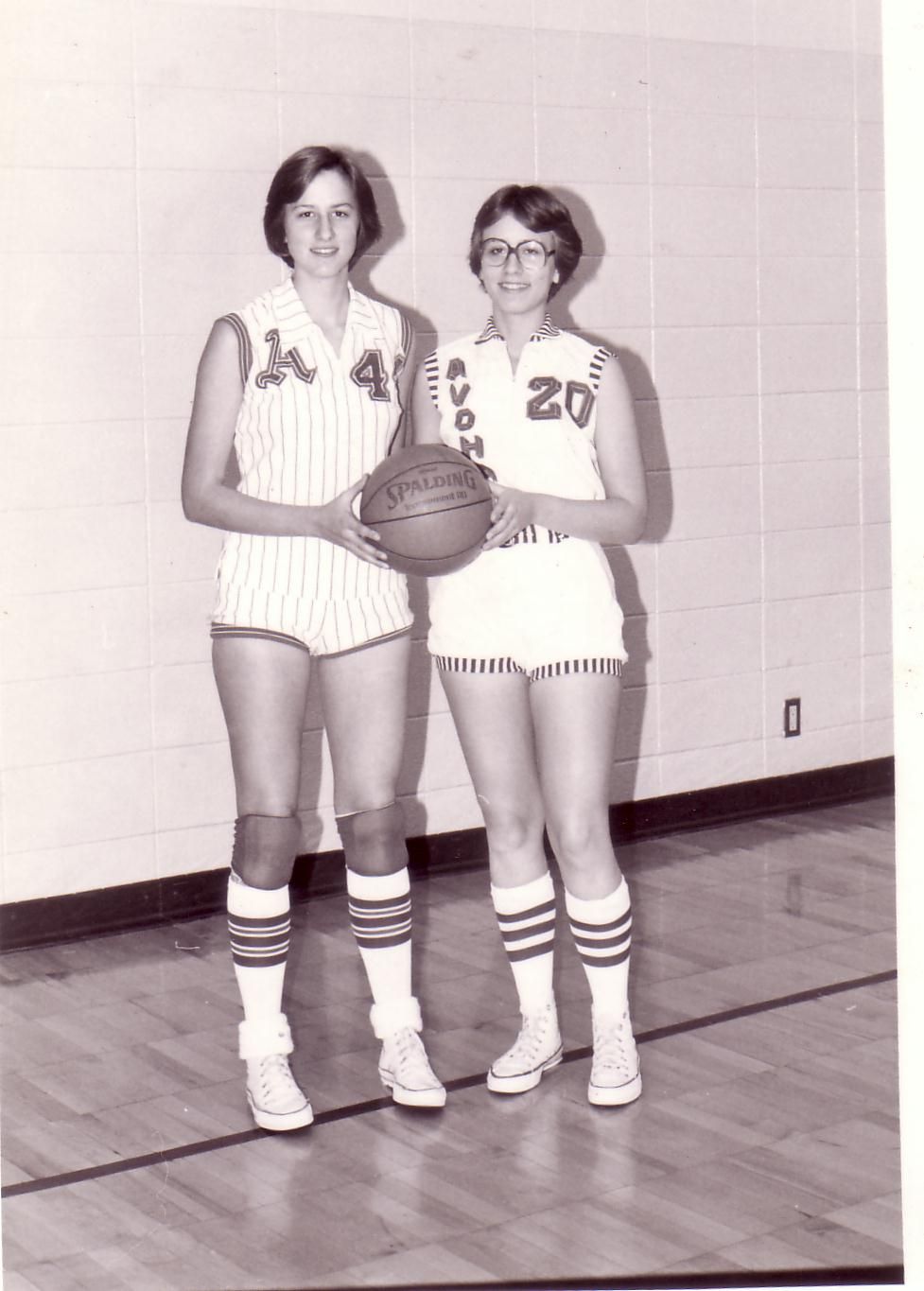 As the freestyle era of the 1960s took shape, basketball uniforms took on a new look, becoming tighter and more close fitting. Players wore longer, striped tube socks during games, and headbands became common in order to keep longer hairstyles out of the eyes of players. MacGregor Sand-Knit became the official NBA outfitter in 1982, providing a cotton andpolyester blend uniform that was more comfortable. It was during this era that jerseys grew more colorful as well. By the mid 1970s, satin shorts were replaced by pinhole mesh material and jerseys became looser to allow for better player movement. 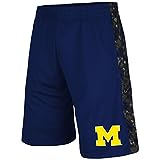 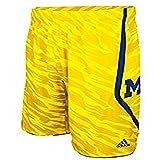 In 1987, Michael Jordan requested that the sports manufacturer Champion, who made all NBA uniforms at the time, make his shorts in a longer version. He wanted something to hold onto when he bent over on the court, out of breath from playing. The following year, Champion created the uniform version that is used today. Then in 1991, the Fab Five changed everything, and hit the court dressed in baggy shorts, black socks, and with shaven heads.Adidas became the official NBA uniform provider in the mid 2000s, and in 2013, the Warriors became the first NBA team to wear jerseys with sleeves.

WNBA uniforms are getting a new look  this year thanks to the league’s new partnership with sports manufacturer giant Nike.

Players spent the better part of the past year working with the apparel company designing a uniform that focused on movements unique to women’s basketball players.

“They fit really nice, from that perspective for the athletes in the league it’s going to feel really good, too,” Seattle Storm guard Sue Bird told The Associated Press.

“I think all the players at some point met with their Nike reps. They took feedback with what we like and didn’t like. One thing we really stressed was the neckline and not having our sports bras show. This is the best one as far as keeping the sports bra in.”

The league and Nike tested the uniforms to make sure there will  be no wardrobe malfunctions, like what took place opening night in the NBA when LeBron James’ jersey ripped in  the back.

The fabric is a reduced hole meshing  thus making it  stronger, explained Keri Lenker, the NBA’s senior manager for identity, outfitting and equipment. We have definitely made some changes.

Nike  it self also changed from alpha sizing  with the small, medium, large to a more practical numerical sizing structure to offer more choices.

The prevoius spring we went out and were able to size the athletes and teams could place orders based on that,Lenker said. This  gives the players more options to select from.

The new uniforms will come in two editions for now, the Icon and Statement. More will be on the way later in the season.

One uniform feature is a small silver patch on the back, below the neck, showing the number of championships a team has won.

“It’s great. The WNBA is getting to a point in its life where teams have history and teams are developing legacies,” Bird said. “There’s no better way in showing it off than how many championships we won.”

If you consider yourself as a passionate online shopper like myself,Ebay has amazing  deals on the best products.I hoped you enjoyed the Women Basketball Shorts-Fab Five’s Swag Influenced Look Of Basketball Forever article and if you have any  questions and  want to leave a comment or want to leave your own personal review,please leave a comment below .