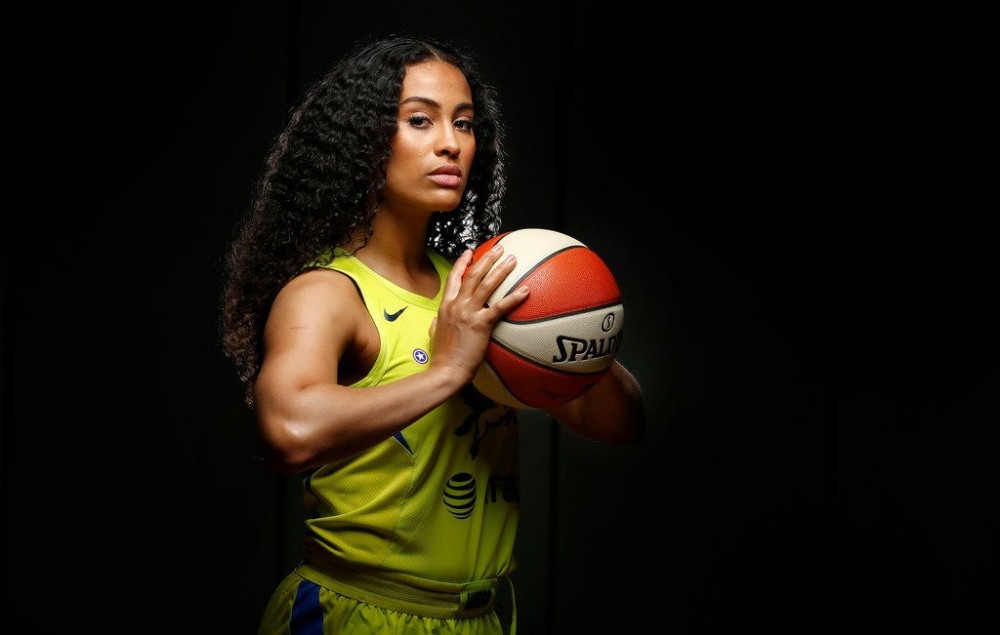 Responding to criticism of her decision to sit out the 2019 WNBA season.

She wrote that she struggled with postpartum depression after giving birth to her son in April and “took two FULL months away from everything” torecover.

Diggins-Smith seemingly lamented the support — or lack thereof — she received from the Wings, writing that “having no support from your own organization is unfortunate” and that she had “limited resources” at her disposal “to be successful mentally/physically.”

Kept Pregnancy Her Little Secret For The Entire  2018 season

Diggins-Smith presumably chose to keep her pregnancy secret during the 2018 season due to concerns regarding how Dallas and the
league would treat her.

Still, the product of Notre Dame did not allow playing for two to slow her down. She ranked fourth in the WNBA in
total minutes and was top 10 in the league in points, assists, and steals per game.

WNBA rules state that the team cannot release information about individual players due to confidentiality.However the Dallas Wings president and CEO Greg Bibb said that players have access to team psychologists.

“These professionals have worked with our players in a team setting, and also have been made available to our athletes on a one-on one basis,” Bibb said.

Has Grievances With The League

However, Diggins-Smith’s grievances seemingly extend beyond access to mental health professionals. In a tweet that has since been deleted, the 29-year-old Diggins-Smith suggested that the league appeared to not be very active in supporting   mothers who play in the association  .

“The blasts that disrespect of mothers (and our rights) in the WNBA is incredible,”she wrote. “I can’t wait until you hear my story FROM ME!”

During Diggins-Smith’s 2019 hiatus from the team, the league’s collective bargaining agreement required the Wings to
pay their star half of her salary. However, Bibb told ESPN and other media outlets that the Dallas organization paid her full salary.
Diggins-Smith will become an unrestricted free agent in 2020. Given the tumultuous nature of her time with the franchise and this now-public conflict, it seems likely that she will take her talents elsewhere.

Skylar Diggins-Smith isn’t going to stop advocating for working moms in the WNBA. Something she knows about better than most — and she’s not ready to be done with the Dallas Wings, either.Diggins-Smith revealed in a series of tweets in September 2019 that she played the entirety of the 2018 season for the Wings while pregnant, and “didn’t tell a soul.” She seemingly didn’t miss a beat, either, averaging nearly 18 points and 6.2 assists per game while making her fourth All-Star game.

She gave birth to her son this spring, and took two months off while battling postpartum depression.Diggins-Smith missed all of the 2019 season, though was paid her full salary. She expressed extreme frustration in those tweets with the Wings organization over a “lack of support” both during her pregnancy and after, saying she felt the Wings didn’t have proper resources available for her. Wings president Greg Bibb has since said that the team employed licensed psychologists for all players after their move to Dallas in 2016, via ESPN. “I usually don’t use Twitter as a journal about what I’m thinking. I try not to emotional-tweet,” Diggins-Smith said Friday, via ESPN. “ButI think that day I had just … I got it off my chest.

Ready to put some action towards the conditions for working moms in the league and every industry.” Diggins-Smith has spent seven years now with the Wings organization, having played her first three seasons in the league with the team while they were still in Tulsa, Oklahoma. She is due to become a free agent this offseason.However, under the current CBA, Dallas could keep Diggins-Smith for one more year with a “core player” designation and guarantee her a maximum salary, per ESPN. The WNBA and the WNBA Players Association extended current negotiations for a new CBA through the end of the year last month, as it was set to expire in October.

While it may sound like Diggins-Smith wants out of the organization, she said that’s absolutely not the case. “Sometimes when you’re not being heard, you’ve got to shout,” Diggins-Smith said, via ESPN. “I’ve never told the Wings that I didn’t want to play for them next year. I said the conditions of our organization need to be improved. I was very transparent. We haven’t had a conversation about free agency or about anything else  because we really don’t know. “I’ve been with the organization the longest. I’ve always felt like I’ve shown loyalty to Dallas, so when I’m asking for things, that stuff should be reciprocated. I’m going to continue to fight for this.” As
the two sides work to agree on a new CBA, Diggins-Smith said she will make sure conditions for working moms in the league is brought up. “I’ve already reached out to a few moms [in the league],” Diggins-Smith said, via ESPN. “As we negotiate with the CBA, how can we improve things? It’s about prioritization. We can’t have everything. But I’m going to bring that
portion to the table because I’m a mom.”

The WNBA’s last collective bargaining agreement was signed in March 2014 and was to run through the 2021 season. But the players had the opportunity to opt out early, which they did in October 2018. That didn’t affect this season, but a new agreement needs to be in place before the 2020 season.At issue are not just salaries, but what the players and their union, the WNBPA, refer to as “quality of life” concerns, such as travel.When the players opted out, the WNBA had an interim president. 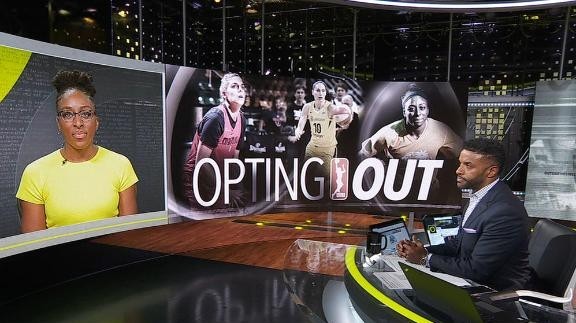 Winds Of Change In The WNBA

May 2019  when Cathy Engelbert was hired as commissioner; she officially took over in July 2019. Engelbert previously was CEO of Deloitte’s U.S.-based operations.”Player experience/health is very big. … And we’ll talk salary, of course.”

Elena Delle Donne on CBA negotiations Engelbert seems to have made a good impression so far. Under her leadership, the WNBA used charter flights during the playoffs for two teams on the West Coast that needed to get to the East Coast after the second round to start the semifinals, with just one day in between games. Las Vegas coach Bill Laimbeer said it made a difference for his team in being more rested before facing Washington.How much charter use will be allowed and how that’s decided are sure to be
major topics of negotiation. And the WNBA’s salary structure and the parameters of free agency also will be key issues.

The core-player designation, in particular, has been a hindrance toward the movement of the league’s top stars. From its launch in 1997, the league has sought as much as possible to keep the playing field level and maintain competitive balance among all its franchises.But the redistribution of talent is a major saga in most other pro leagues, including the NBA. More movement would mean more WNBA news during the free-agency period that starts in February.

A Player Stoppage Could Hurt The League

Would that draw in a lot of new fans, or would it just stir more interest in the offseason by people who are already paying attention? And is there a legitimate concern of hurting some teams that might not fare as well in keeping or luring high-profile free agents?

Percentage of revenue is another much-discussed issue: How much should be going to the players versus what is needed to run franchises.All of this ultimately gets to what is at the heart of everything: Will the union and the WNBA see eye-to-eye on the financial details of each of the 12 franchises and the league as a whole? Will there be an agreement on those bottom-line numbers.According to WNBA Finals MVP Emma Meesseman the missing piece to Mystics’ first title.What we know now is that everyone involved, at least publicly, has seemed in agreement in regard to the objectives in a general sense.”We have the same goal here: To lift the players year-round,” Engelbert said. “To have the athletes in the WNBA receive the recognition they deserve.

“During the WNBA Finals, Washington’s Delle Donne, the 2019 MVP, voiced optimism about how negotiations seem to be going so far.”Things are moving, but I know that when it gets closer to the end, that’s when things sometimes can slow down,” she said. “I’m just being realistic about it.”I would say player experience/health is very big, and obviously, there are bullet points under that. And we’ll talk salary, of course. It’s about being aware of where this league is at and wanting it to grow, but also putting some pressure on the league in regard to having and finding more investment.”

If you consider yourself as a passionate online shopper like myself,eBay has amazing deals on the best products.I hoped you enjoyed the WNBA Skylar Diggins- Raging For Working WNBA Moms article and if you have any questions want to leave a comment or want to leave your own personal review,please leave a comment below .
Thank you,
Erick Darke