A lawsuit that was brought about  raised questions about NCAA scholarships and what schools will be allowed to offer in terms of benefits to prospective recruits. The recent ruling states that while NCAA scholarship rules are illegal, student athletes still won’t get paid. Turner Sports and CBS Sports are paying over $1 billion per  year a up until 2023 to broadcast the NCAA March Madness basketball tournament .Of those figures college sports stars themselves will  receive almost zero other  than a full scholarship.Which is good but the risks are great.

Athletes Risk Their Body And Also Exposed To Permanent Damage

One of the best aspects of college sports is the players’ love and passion for their respective game is admirable and infectious. The negative aspect  to it; in their spirit  to play execute at their  best, many college athletes can and may suffer serious injuries that sometimes that could cut their career short in a blink of an eye .

Besides  fact that a career-ending injury will stop their scholarship, those college athletes put their bodies at risk of permanent damage, without being paid. Hurting your knee might leave you limping for the rest of your life. Concussions have always been a problem in football. though more caution is being made now on the collegiate and pro levels .It can cause CTE,dementia ,depression with possible other psychological  and physical  permanent damage .

It`s common to think paying college athletes can detract from the purity of the game and ruin that magic. But it won`t. The passion fans see on the court or field is attributed to the fact that there is no money involved.

However, that’s not exactly accurate. Big companies are profiting off of branding college athletes, namely, asking them to wear brand apparel during games without paying them to do so. As such, these players feel used. And rightly so. If we`re really concerned about preserving the purity of college sports, we should want athletes to be paid. 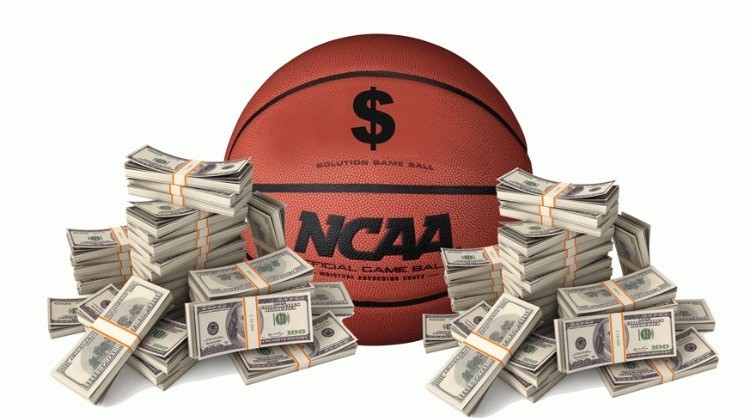 If salaries were to replace scholarships in college sports, athletes would not earn much more. In fact, an impressive $100,000-a-year salary for a college athlete would grant him only a few hundred dollars more per year than a scholarship. According to Money.com, a full athletic scholarship at an NCAA Division I university is about $65,000 a year. This includes tuition, room, board, and books (if you enroll at a college with high tuition). In contrast, a salary will be subjected to federal and state income taxes. Therefore, out of the $100,000, a net of $65,100 will remain for the student. The difference is marginal.

Duke forward Zion Williamson exited for the night with a knee injury after falling awkwardly in the opening minute of top-ranked Duke’s showdown with No. 8 North Carolina on Wednesday at Cameron Indoor Stadium in Durham, N.C.After the game, won by North Carolina 88-72, Duke coach Mike Krzyzewski termed Williamson’s ailment a “mild knee sprain.”Williamson was injured on a bizarre play in which he dribbled near the top of the key, planted his left foot, then fell to the ground as his left shoe shredded down the middle of the sole. He subsequently was assisted to the locker room.Late in the first half, the Blue Devils announced Williamson would not return to the game.Williamson, a freshman sensation, entered the night averaging 22.4 points per game, the second-best mark in the Atlantic Coast Conference.

The freak injury during one of the U.S. college basketball season’s marquee games sparked debates about everything from the shoe manufacturer to insurance issues to whether the potential NBA first pick should risk his professional future by continuing to play for the Duke Blue Devils.

Nike manufactured the shoes Williamson was wearing during the injury.

sportswear manufacturer became the target of ridicule on social media. A spokesperson said Nike has begun an investigation into what it called an “isolated” event.

“Shoes have failed before, but not as visibly,” said Matt Powell, a senior industry adviser for sports for the NPD Group, a market research firm.

Playing before a crowd with people like   Barack Obama to NBA pro scouts  Williamson was hurt in the opening minute against North Carolina as his Nike PG 2.5, from Oklahoma City Thunder star Paul George’s signature sneaker line, spectacularly ripped wide open in front of national and world audience . Williamson wears that model frequently during games and hadn’t had any obvious problems.

The 280-pound Williamson is one of the most powerful players in the game, and he tried to plant with his left foot as his right foot was slipping. The blue rubber sole ripped loose from the white shoe and Williamson’s foot came all the way through the large gap. He ended up in an awkward almost-split, clutching the back of his right knee. He walked to the bench and a few minutes later headed to the locker room, leaving the wrecked shoe under his chair.

George said Thursday that he has talked with Nike to see what went wrong and what happened to the shoe.

“It hasn’t happened to me as long as I’ve been in this shoe,” George said. “We’ve made three generations, going on four now of my shoe, of being successful. So I didn’t necessarily feel any way about that part — the negative part of it. My only concern was for Zion, honestly.”

Since Duke is a Nike-sponsored school, Williamson has his choice of that company’s footwear.

“I’ve seen guys bust through shoes but not sprain their knee,” coach Mike Krzyzewski said. “He’s gone down a couple times where he’s slipped and saved the ball. That’s what I thought happened. He goes so fast that maybe if there’s something slippery, that happened.”

The injury also set off a fresh round of debate about whether Williamson — the possible No. 1 overall pick in the NBA draft, should he leave Duke after his freshman season — would be wise to end his college season in an attempt to avoid an injury that could jeopardize his pro career. NBA Hall-of-Famer Scottie Pippen made the case for it a month ago, saying on ESPN that “I would shut it down.”

Asked to respond on Feb. 5 to those comments, Williamson turned to his locker room sidekick, walk-on Mike Buckmire, and asked, “Buck, would you hate me if I shut down the season?

“I couldn’t do that to my teammates,” Williamson continued. “Again, thank you for, like, seeing the confidence in me and the type of player I can become. But I love college too much to stop playing. I wouldn’t give this up.”

Now that he’s actually hurt, it’s unknown if his feelings have changed.

It’s also unclear, if he decides to continue his college career, whether Williamson has an insurance policy to protect him in case of injury like many other elite college athletes have purchased.

DeGeorge couldn’t confirm a report by Action Network that Williamson had an $8-million loss of value policy written by International Specialty Insurance that would pay out if he slipped past the 16th pick in this June’s draft. Officials at ISI didn’t return telephone and email messages Thursday.

Loss of value polices are not offered by the NCAA, but the governing body does offer disability insurance.

NCAA Spokesperson Stacey Osburn said the allows schools to purchase loss of value policies on a player’s behalf. She added that the NCAA also facilitates a disability insurance program for players in five sports, including men’s basketball, in which athletes can purchase policies with pre approved financing to protect against future loss of earnings due to injuries suffered in college. Duke spokesperson Jon Jackson said the university offers those in limited cases but declined to comment on specific instances.

There are no NCAA restrictions on how much insurance a player can purchase, or if the player wants both types of policies, Osburn said.

He purchased a $1.8-million insurance policy through the NCAA program. Lattimore had a clause in his policy that it would pay out if he didn’t play four NFL games. Lattimore never played in an NFL game but only received about $270,000 from the policy, in part because he did get a signing bonus when he was drafted by the San Francisco 49ers in the fourth round.

He purchased the policy prior to his sophomore season in 2011 then renewed it the following year. That season he dislocated his knee in a game and suffered several torn ligaments when he was tackled. Lattimore currently works as the director of football player development at his Alma mater

Earned School Athletics Money Is Not Reinvested Into Research And Education

Unfortunately, most of the vast revenues taken in by college athletics programs every year do not go directly to the classrooms of the university.Alabama and Texas and would have more academic opportunity than any school in America if that was the case . Instead, the profits of athletics are shared between the Athletic Directors, the and the head  coaches themselves .Head coaches  like Alabama football coach Nick Saban and Urban Meyer of Ohio State. Who recruits these young men and sell them and their families a dream of possibly making it to the pros that likely will not happen

Student Athletes Helping Each Other Out In Key Moments

Walker headed to a section of the stands where the Berlin Brothersvalley girls sat after winning their game in the first half of the PIAA Class A girls doubleheader.

“Anyone have a Size 10 shoe?” Walker asked, as her teammates prepared to resume play against District 7 champion Rochester. 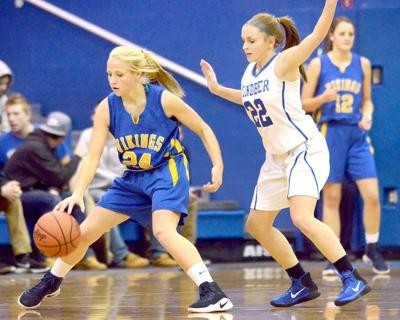 Snyder’s own shoes had worn out during the game, though this wasn’t an incident on the same scale as the footwear malfunction involving Duke’s Zion Williamson  in the NCAA.

Snyder went on to score 27 points and grab 15 rebounds in a stunning 66-50 Vikings victory over Rochester.

“It was pretty cool tonight,” Shanksville coach Cory Crognale said after his District 5-A runner-up team earned a PIAA quarterfinal round spot against District 7 fourth-place Vicentian on Saturday. “Us and Berlin are rivals in the season but we were rooting for each other.

“Kiera Booth threw her shoes at Rylee in the first half – helping each other out. We were both happy for each other. Glad they won. Glad we won. Helluva night for Somerset County 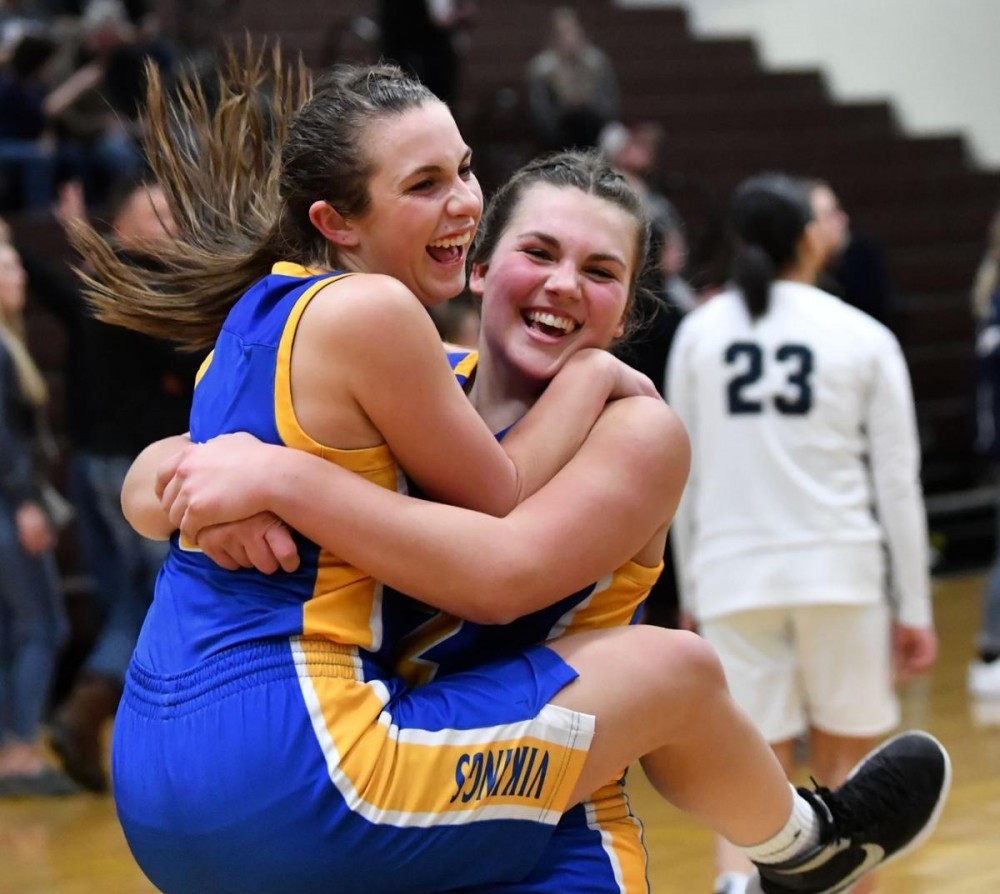 If you consider yourself as a passionate online shopper like myself,Ebay has amazing  deals on the best products.I hoped you enjoyed the Why Should College Athletes Be Paid-Shoe Business Plays Big College Basketball Role article and if you have any  questions and  want to leave a comment or want to leave your own personal review,please leave a comment below .