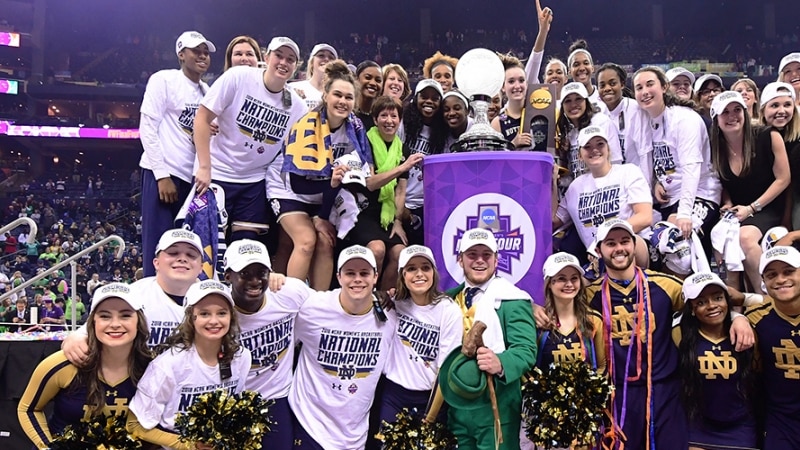 The University of Connecticut Huskies coach Geno Auriemma called NCAA men’s college basketball “a joke”.Seems like a case of a man living in a glass house throwing a stone at another glass house. The men’s game has a deep seeded issues that the administrators and coaches acknowledge and are working to rectify but the women’s game also has some areas of concern to address as well. Some people would like to think Auriemma‘s Connecticut Huskies are a perfect example of the problem with women’s college basketball

Then men’s college basketball game has drama and draws in fans with it’s compelling story lines and stunning upsets in the NCAA Tournament where any small mid major team can beat one of the big boys. There is no parity or drama or anything like that in women’s basketball. Auriemma has done an incredible job at Connecticut and just won his 10th national championship. But that right there, is what some would point to as the focal reason for disparity in women’s college basketball.

Auriemma has coaches five undefeated National Champions with another four teams with just one loss on the season. Though seeming unbeatable while he should not be blamed for creating a true dynasty, the idea of a college sports existing where that sort of dominance for that length of time shouldn’t exist.

In the 2015 NCAA Tournament, UConn won by an average of 32.8 points per game. They smash a very talented No. 5 seed Texas team by 51 points, a No. 1 seed Maryland team that went undefeated in the Big Ten by 23 points and the No. 2 overall seed Notre Dame by 10 in the title game. There is no drama. Almost each year you can count on UConn as the clear favorite to win the title and blow right through the competition. Is there really any reason to tune in to watch the games?. 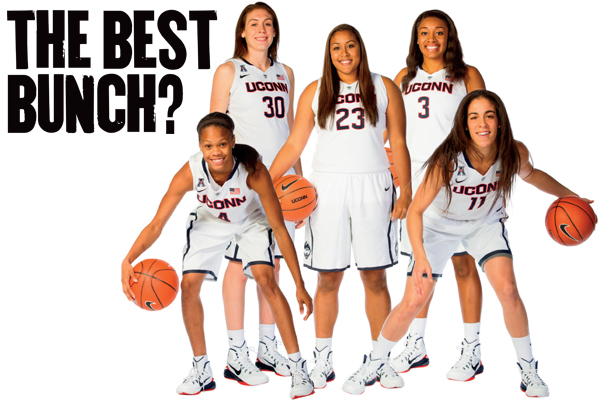 And there are rarely ever upsets in womens basketball unlike the men’s game. There were only four first round upsets in the 2015 NCAA Tournament  . One was No. 10 seeded Pittsburgh beating 7th-seeded Chattanooga, so a school from a major conference beating a mid-major; another was a talented Miami team beating Washington, another school from a major conference winning a game; and another 11-seed Gonzaga beating No. 6 George Washington (mid-major beating mid-major). The only true upset was Arkansas-Little Rock (11 seed) beating SEC power Texas A&M (6 seed) and they got bumped after their second game.

In the past 10 years, 14 different teams have been in the Final Four on the women’s side. UConn has appeared in eight Final Fours in that span, Stanford six, Notre Dame five. Pretty much, there are only a very small supply of teams capable to winning a title in women’s basketball. On the men’s side 22 different teams have played on the final weekend and less than half have made multiple trips.

Women’s college basketball has to find a way to make a more competitive balance in their sport. There are many differences between the men’s and women’s game but the scholarship numbers are one of the disparities. Men’s basketball teams are only allowed 13 scholarship players. In women’s basketball,teams are allowed 15 scholarship players. It doesn’t sound like a huge difference but there is a huge domino effect sending talent to the lower ranks with 13 scholarships. Perhaps The NCAA doesn’t want to prevent women in general from recieving free educations but it would make a difference in the game.

Perhaps moving the three point line back, adjust inside contact rules or the amount of time a team has to get the ball to half court. What ever changes they have to make, they have to do something to make it more compelling.

After the game was completed, a journalist wrote that Connecticut’s Coach Geno Auriemma should be so “embarrassed.”

The journalist argued that the win made “the women’s tournament look like a farce” and that “UConn’s win was a loss for women’s college basketball.

The victory on Saturday is certainly consistent with the story of women’s basketball at the University of Connecticut in the 21st century. They have won 10 championships from 2000 to 2016. This record includes three straight titles from 2002 to 2004 and four straight from 2013 to 2016. 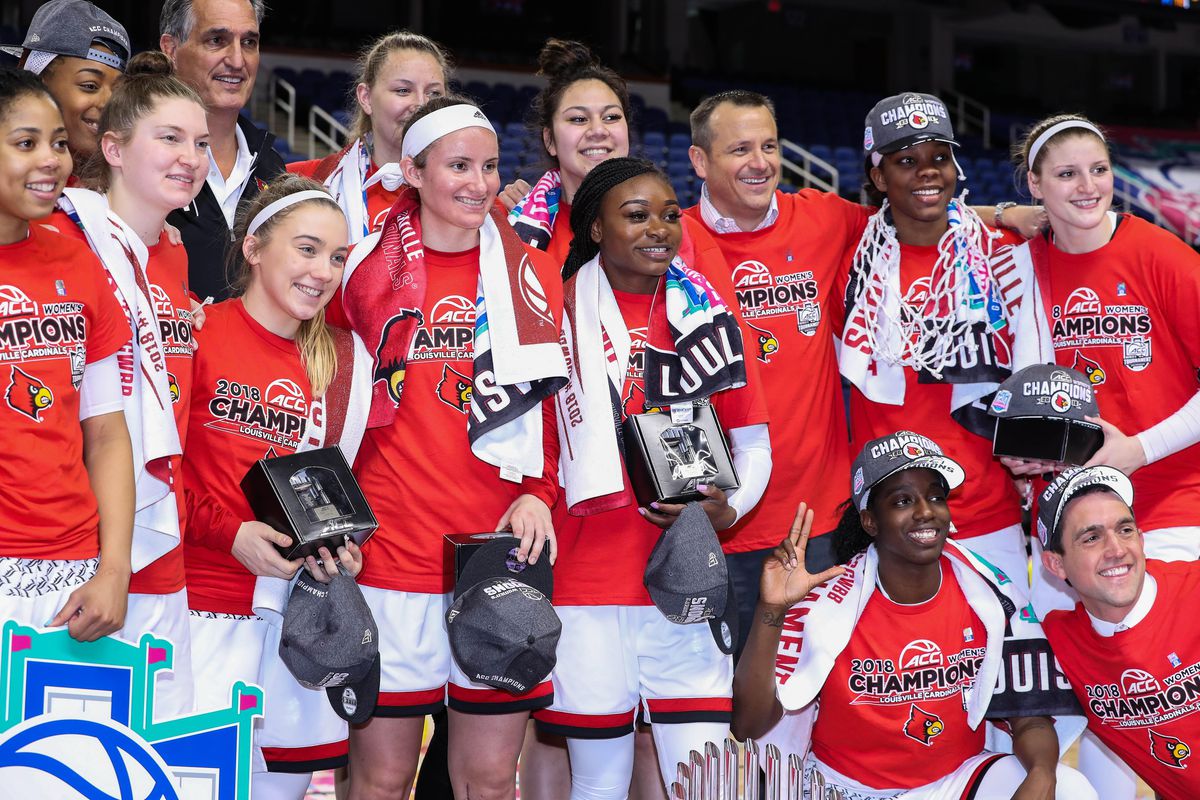 UConn has been extremely dominant the question is that bad or good for women’s basketball?

There is a problem with women’s basketball. However, it is not the Huskies’ domination.

Connecticut’s dominance isn’t such a bad thing if you can understand why. Considering both sports,the history and some basic sports economics. Starting with some familiar stories from recent sports history.

There was once upon a time, a men’s college basketball team that won consecutive NCAA titles. Following a less successful season the next year, this team then went on a run to win seven straight titles. And then after losing in the tournament semifinals the next year, this team came back to win another title. All said and done this NCAA men’s college basketball team won 10 titles in 12 years.

Once the playoffs was brought into NCAA College Football. In nine years five under the previous postseason system and four with the playoff one team won five titles. With such dominance college football has completely collapsed right ?.

The University of Alabama Crimson Tide has won year after year hasn’t not impacted the popularity of college football. Not one single writer said the college football was harmed when in just the last two years alone has Alabama defeated:

This again is all just in the last two years.

The Crimson Tide’s dominance in college football, as well as UCLA’s historic stranglehold on men’s college basketball, suggests that it is very unlikely women’s basketball is harmed by UConn’s dominance today.

The same lesson is applied when we consider the economics of sports.

The evidence however suggests this thought might have been incorrect. Competitive balance simply isn’t as important as we thought.

There were studies done by the National Hockey League, the National Football League, Major League Basebal and the English Premier League have failed to find evidence that attendance in a league is dramatically impacted by the level of competitive balance. Competitive balance doesn’t seem to have that much of an impact on attendance

And then there is the story of the NBA. The NBA has never really had much competitive balance. You can see this easily with the empirical measures of balance, but it is also clear when you note that about 40% of current NBA teams have never won an NBA title. And when we look at contenders this year, it seems clear that once we get past the Golden State Warriors, the Houston Rockets, the Toronto Raptors, and maybe the Boston Celtics and the Los Angeles Lakers, about 80% of NBA teams know they are not winning a title in 2018. We know this despite the fact that the playoffs haven’t even started.

What has this lderth of of balance done to the NBA? Evidently very not much. FORBES recently estimated that every NBA team is worth more than 1 Billion Dollars

So is the University of Connecticut bad for women’s basketball? Whether we look at the historical or economic evidence, it seems very clear that the Huskies’ dominating their sport is really not the main problem.

There is, though, something that is bad for women’s basketball.

Here are few fun facts about the sports media: 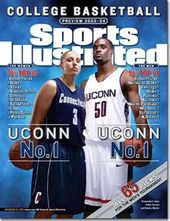 Try to look for coverage on the women’s college basketball tournament, you will not find much if anything at the home of The NCAA March Madness CBS Sports. The front pages at Sports Illustrated ,Espn.Com and Yahoo Sports you will have to search and low before you find a single story.

There were some significant upsets in the women’s tournament. Florida Gulf Coast defeated Missouri, Central Michigan downed LSU, and Buffalo defeated South Florida by 23 points. To there credit ESPN. Com does list scores and show high lights (something that can’t be said for all major sports sites). But you will find many more stories about the men’s tournament and other men’s sports than you will find about these games.

And that is what’s wrong with women’s basketball: The sports media doesn’t often write about the sport. When they do it’s another ho hum story about the Connecticut Huskies  it is often simply to tell readers that women’s basketball is suffering because one team is too good.

That story simply doesn’t fit what we know about the history and economics of sports. But making that argument, while ignoring all the other stories one could be telling, is something that seems truly bad for women’s basketball.

One Shining Moment’ for the NCAA’s Women?

The 3-pointer in the final second by Arike Ogunbowale’s will go down as the greatest last second shot in championship game history. There was still one tenth of a second left on the clock boosted  Notre Dame to a 61-58 win against Mississippi State and the biggest comeback in the 2018 NCAA Womens Basketball Championship Game .

The true dramatics of the Women’s NCAA came in the Final Four. Usual brides maids of the Women’s NCAA tournament (2011, 2012, 2014 and 2015) knocked out the mighty UConn Huskies who’d been perfect the entire season until the semifinals came around. In  dramatic fashion, the Lady Irish were down 15 after intermission of the championship game.

It  isn’t the first and probably not the last  time the NCAA has sold out and  short changed women .

NCAA Men  Tourney started in 1939.Women had to be patient for 43 years for the NCAA to create a Women’s Tournament.The Women’s Championship was inaugurated in the 1981–82 season.

It was hard enough to get any tournament at all. First 10 tournaments  was the AIAW Women’s Basketball Tournament, was held initially each year  from 1972 to 1982. The first one, in 1972, was made into a semi bio in the 2011 The Mighty Macs feature movie .

There has been more than 45 years since 1972. Should it not be time that for that glorious Shining Moment in the NCAA Women’s Tournament?

If you consider yourself as a passionate online shopper like myself,Ebay has amazing  deals on the best products.I hoped you enjoyed the The Problem With Women’s College Basketball-Disparity Due To Connecticut Huskies?  article and if you have any  questions and  want to leave a comment or want to leave your own personal review,please leave a comment below .

13 thoughts on “The Problem With Women’s College Basketball-Disparity Due To Connecticut Huskies?”