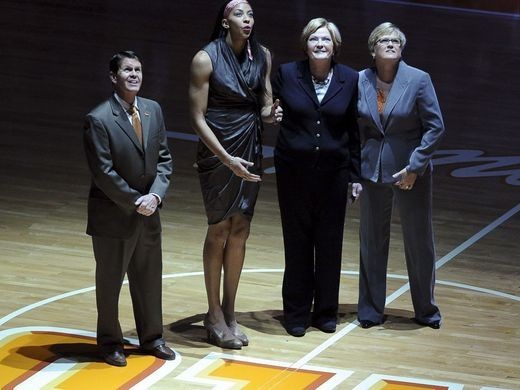 Candace Parker watches as her #3 jersey is retired and hoisted the rafters while next to Tennessee Athletic Director Dave Hart, left, former coach Pat Summitt, and recent former coach Holly Warlick at Thompson-Boling arena in Knoxville, Tenn., on Thursday, Jan. 2, 2014 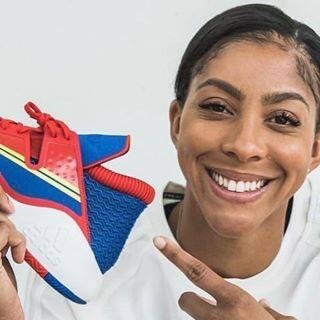 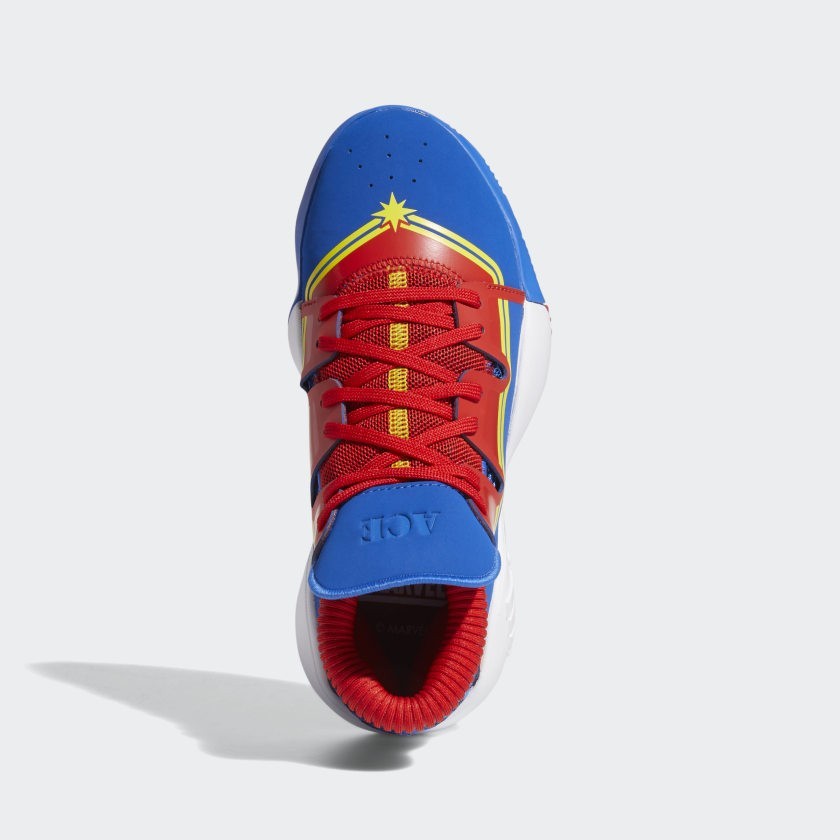 Parker’s shoe is the Captain Marvel Pro Vision.Adidas partnered with Marvel for its latest set of basketball sneakers.

The shoe is bright yellow,blue and red , matching the color scheme of the superhero suit worn by Marvel character Captain Marvel. The shoe features the word “ACE,” Parker’s nickname, on the tongue.

STREETBALL-INSPIRED B-BALL SHOES DESIGNED FOR A LOCKED-DOWN FEEL.These basketball shoes combine a streetball-inspired look with modern details. Designed with a midfoot cage for a locked-down feel, they feature flexible midsole cushioning for soft comfort as you attack the paint. The rubber outsole provides extra grip for quick cuts and pivots on the blacktop.

“JUST dropped today! Not a girl shoe, a BASKETBALL shoe for everyone! Promoted by a BALLER that happens to be a female!” Parker wrote  on her Twitter account  in a message that included a video showing the Adidas X Marvel  collaboration  shoes. 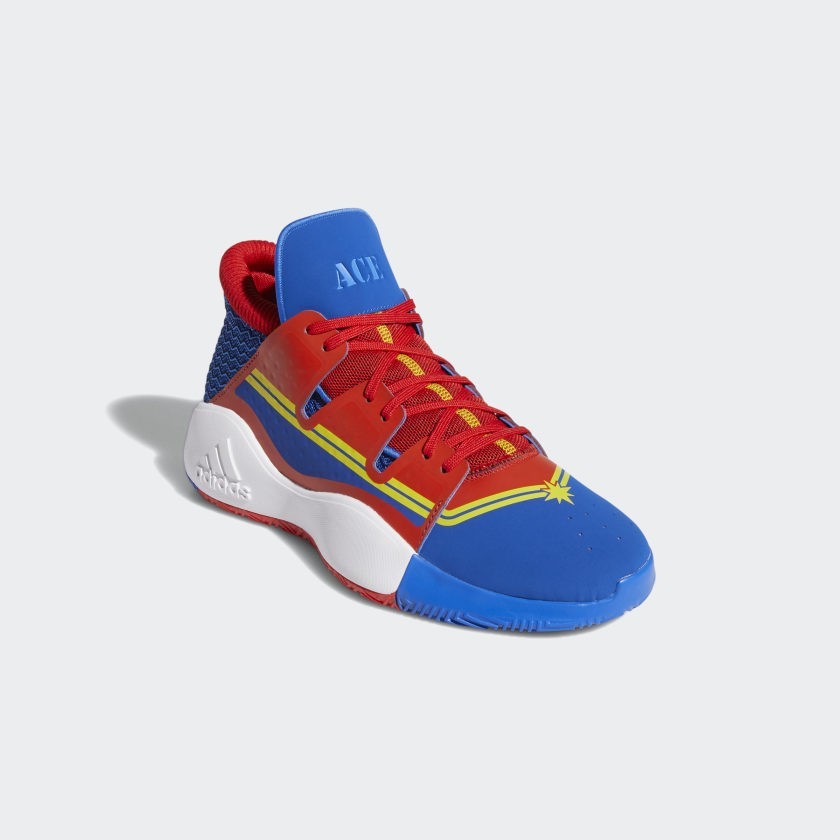 These Adidas Basketball shoes area  mixture of  a streetball-inspired look with comtemporary details. Nicely designed with a midfoot cage for a locked-down feel, they’re built with flexible midsole cushioning for soft comfort as you attack the paint. The rubber outsole provides extra grip for quick cuts and pivots on the blacktop or indoor court .

Parker’s shoe is part of the “Heroes Among Us” series by adidas. 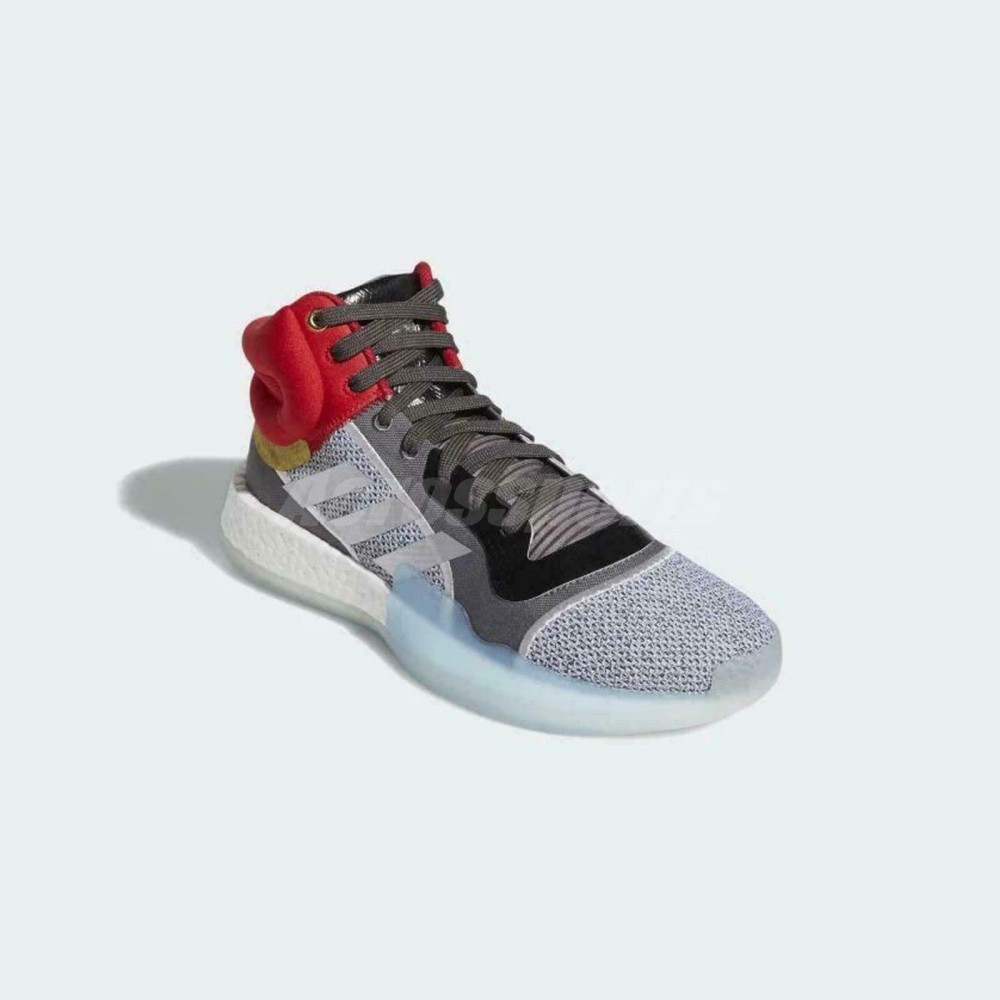 Marvel and Adidas have teamed up for a “Heroes Among Us” footwear collection featuring six limited edition designs. The Avengers of this collection include the powers of NBA and WNBA athletes James Harden, Damian Lillard, Candace Parker, John Wall and Tracy McGrady mixed with the style of Iron Man, Black Panther, Captain Marvel, Captain America, and Nick Fury. They are also bringing back Jen Bartel’s AM4 Captain Marvel sneaker and debuting her AM4 Thanos design.

Adidas not surprisingly chose the premiere date for Avengers: Endgame to launch their “Heroes Among Us” and Jen Bartel shoe collections. If you want to get your hands on them, here’s what you need to know…

Note that the Thor Marquee Boost design wasn’t part of Adidas original announcement, but it is available in the Heroes Among Us collection at the time of writing.

Marvel’s Avengers: Endgame hoodies based on the team’s new suit are available here in men’s sizes and here in women’s sizes for $64.99 with free shipping slated for summer 2019 at eBay. A sport jacket version is also available for $64.99 along with a matching Black Panther cap for $33.99 .There’s no telling how long they will last

Marvel and adidas are collaborating on a new Heroes Among Us collection that combines superheroes with NBA and WNBA stars. The collection features superstars like James Harden, Candace Parker, John Wall, and more, and bringing in superheroes like Black Panther, Captain America, and Captain Marvel. The Marvel x adidas collection is at eBay.   Adidas has released several new photos giving us an up-close look at the new Captain Marvel shoes, and they look out of this world.

You can check out more images of the Captain Marvel shoes on the next slide, and the official description of the shoes can be found below.

Adidas’ Heroes Among Us sneakers areavailable to order right here through eBay for $110 – $180. If they sell out, odds are you’ll be able to pick them up right here on eBay with a markup. Adidas is restocking the AM4 Captain Marvel and launching the AM4 Thanos sneakers designed by Jen Bartel at the same time. Both of those designs are available for $150. You can grab them here on eBay. A full breakdown for the collection can be found below: 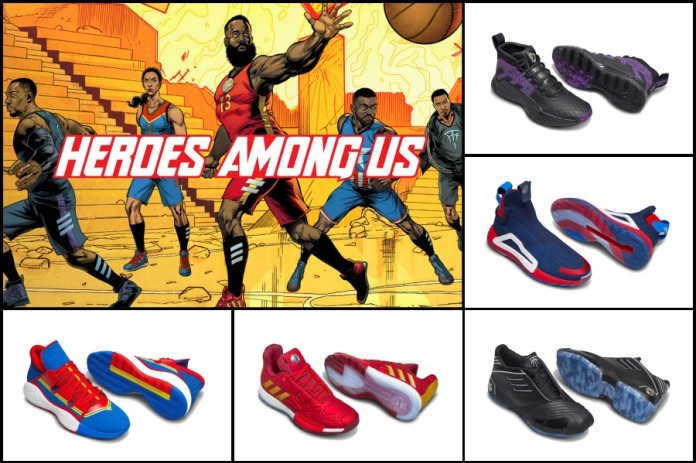 The Marvel x Adidas Pro Vision Captain Marvel shoes feature Cap’s red, blue, and yellow color scheme with a white mid-sole. The heel has a mesh aesthetic and the blue tongue is emblazoned with the ACE logo. Candice’s trademark Hala Star logo is featured above the toe box and the laces are all red, but it gets better when you flip the shoe over and notice the red, blue, and yellow colors are also featured on the sole.

The shoes look very  slick to be honest ,and while they don’t go into Binary mode or come with a Goose, they really are the next best thing. The shoes are inspired by WNBA star Candace Parker Captain Marvel that also includes

“These basketball shoes combine a streetball-inspired look with modern details. Designed with a midfoot cage for a locked-down feel, they feature flexible midsole cushioning for soft comfort as you attack the paint. The rubber outsole provides extra grip for quick cuts and pivots on the blacktop.”

Licensed and  officially named the Marvel x adidas N3XT L3V3L “Captain America,” this pair of shoes is covered in the character’s signature color scheme of red, white, and blue. It includes a blue woven upper with red interwoven 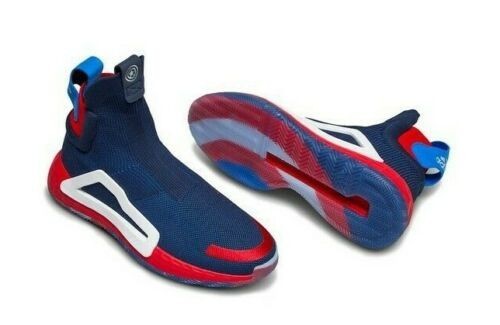 If you consider yourself as a passionate online shopper like myself,eBay  has amazing  deals on the best products.I hoped you enjoyed the The Adidas Shoes-Candace Parker’s #Fire The Captain Marvel Shoe article and if you have any questions  want to leave a comment or want to leave your own personal review,please leave a comment below .Thank you,Erick Darke