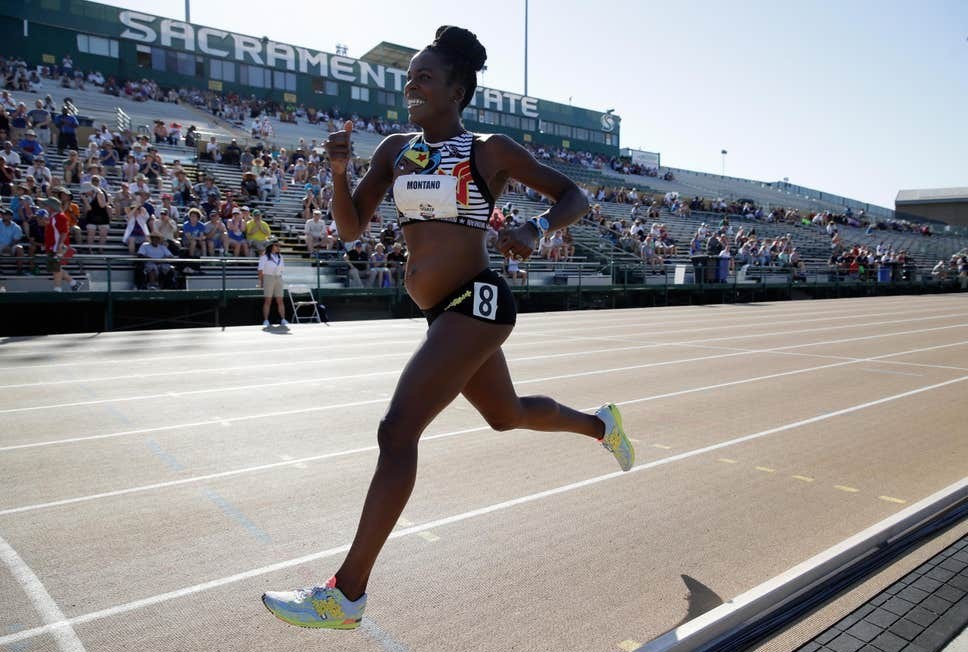 It Should Of Have Happened Sooner.

Facing criticism for its maternity when  Olympians   Alysia Montano and Kara Goucher speaking about their former contracts
with sportswear giant Nike that did not guarantee protection for pregnant athletes and new mothers.

After the initial backlash, Nike announced its plans to waive performance reductions for 12 months for athletes who decide to
have a baby.

The most decorated female Olympic track and field star,Allyson Felix,also went public  with her Nike dispute beboming a parent is late 2018. Felix officially moved on from her seven-year relationship with the company and signed with Athleta, a women’s apparel company owned by the  Gap. That assured her of compensation during maternity. Felix qualified for the 2019 IAAF World
Outdoor Championships in the 4×400-meter relay with a sixth-place finish in the 400-meter final at the U.S. Outdoor Championships and will compete for the next  2020 Olympiad Games.

In the aftermath of  the public relations disaster.A Nike executive detailed a letter with included changed language that outlined increase financial protection for under contract pregnant athletes .

This contract states :“If ATHLETE becomes pregnant, NIKE may not apply any performance-related reductions (if any)
for a consecutive period of 18 months, beginning eight months prior to ATHLETE’s due date. During such period NIKE may not apply any right of termination (if any) as a result of ATHLETE not competing due to pregnancy.”

Nike issued the following statement indicating  “Female athletes and their representatives will begin receiving written confirmation reaffirming Nike’s official pregnancy policy for elite athletes. In addition to our 2018 policy standardizing our approach across all sports to ensure no female athlete nis adversely impacted financially for pregnancy, the policy has now been expanded to cover 18 months.”

Just Do The Right Thing Nike!

Here’s the thing with Nike: it is most comfortable when there is discomfort. The company doesn’t care what
the public thinks, they don’t care what the markets think. All it cares about is doing it.

When it all came out about Tiger Woods fedelity issues. With so many brands backing off, one company
Nike stood by. It made sense since  Woods is arguably still the biggest name in sport and the most recognizable around the world.

Nike backed Tiger by having a series of ads, but one stood out the most. After the revelations emerged about Tiger’s fondness for cocktail waitresses emerged, and after he read out his beautifully scripted apology, Nike decided now was the time to capitalize.

A year ago, Nike decided it was going to stir it up again with its endorsement of Colin Kaepernick.Nike pushed all the heroic, inspirational and cliched lines and settled on: “Believe in something, even if it means sacrificing everything.” The campaign divided opinion hugely, with critics burning their shoes while some showed their support by buying more shoes.

Winning Means Everything To Nike

Another campaign came at the 2008 Olympics in Beijing, where Chinese athlete Liu Xiang pulled out of the 110m hurdles with an injury. Within the day, Nike had used his heartbreak and turned it into an opportunity, specifically: “Love sport even when it breaks your heart.”

Nike is a company that is built to stand firm in the face of controversy and even use it to its advantage to grow even more. Some people burn their jerseys, some people buy more shoes. Nike always wins regardless .

Yet with the most recent controversy hitting Nike, it’s hard to believe it is going to take it lying down. Allyson Felix recently wrote in the NY Times regarding how Nike treated her when she was on maternity leave from the track. After she gave birth and underwent an emergency C-section at 32 weeks because of severe per-eclampsia that put her and her baby’s life at risk, Felix claimed that Nike pressured her to return to training as soon as possible. On top of that, it wanted to pay her 70 per cent less than before. 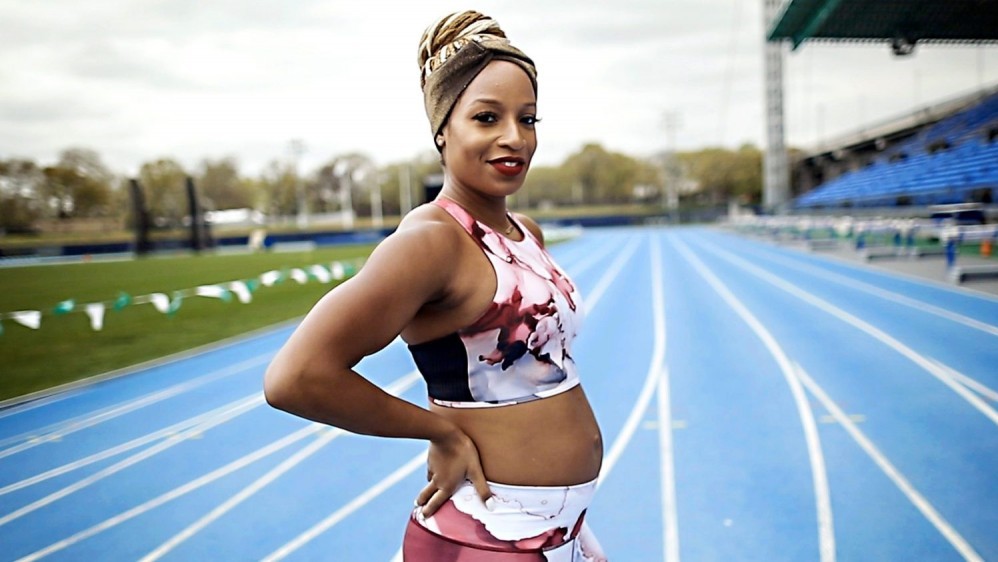 I can see both arguments. Nike obviously doesn’t want one of its most marketable athletes out of the public eye. But in a time where online influencers barely leave their house without sponsorship, surely there is a middle ground for everyone. Nobody, in this day and age, is out of the public eye. Instagram, Twitter, YouTube – we have never been so close to our heroes but also more susceptible to the everyday brands we interact everyday .

Including with numerous other major companies like Nike ,all are  switching to new styles of marketing and why should pregnant or injured athletes be omitted from this? Athletes are just as entitled to maternity packages, because, at the end of the day, blood, sweat and tears do not pay the mortgage and childcare.

Protection should be a priority for their client athletes . Nike’s PR team will discuss the next steps regain balance in this situation. Nike’s slogan isn’t “Just be careful” it is Just Do It . It has always been a proactive company. Nike has never been afraid of what some people thought about them.

They will and always  have always backed winners even if there is a little push back. In hindsight, they have always just done it. And while “Just do it” may now take on a whole new meaning, it’s time Nike  goes all in helping  their athlete female clients.

Nike Only Really Care Because Of The Bottom Line And Backlash

Three months after multiple female track stars talked to the New York Times about the ways their Nike contract punished them for becoming pregnant, the sportswear giant has amended its policy to guarantee that a pregnant athlete’s pay and bonuses cannot be cut for an 18-month period surrounding their pregnancy: eight months before the due date through 10 months after.

The news comes  after one of its most highest -profile athletes, Olympic champion runner Allyson Felix, signed with another apparel brand after a public dispute with Nike over its treatment of pregnant athletes. 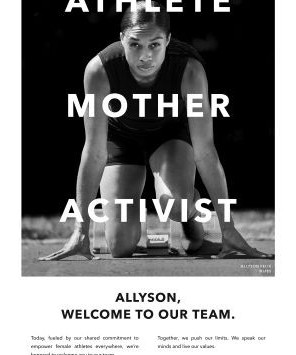 While this is good news, it’s long overdue. And frankly, it’s embarrassing that a company that likes to run advertisements promoting
women’s empowerment and applauding mothers in sport had to be publicly shamed into providing maternity rights to its athletes.

Female athletes and their representatives will begin receiving written confirmation reaffirming Nike’s official pregnancy policy for
elite athletes,” a Nike spokesperson wrote in addition to our 2018 policy standardizing our approach across all
sports to ensure no female athlete is adversely impacted financially for pregnancy, the policy has now been expanded to cover 18 months.”

Fortunately for these women  the new policy will apply to future and  current athletic agreements with Nike.

This would not  be possible without Olympic runners Allyson Felix Alysia ,Montaño and Kara Goucher breaking their silence — and,even more crucially, their nondisclosure agreements  in a conversation with the NY Times news paper.

Montaño accused Nike of advertising its support of women and mothers, without actually supporting them in real support.“Nike Told Me To Dream Crazy, Until I Had A Baby,”

When she ran the 2014Montaño gained fame as the “pregnant runner” U.S Championships while eight months pregnant. So many women saw this as empowering. But in reality, she was doing so out of necessity, not out of a desire to make a statement.

Nike contracts at the time required women to compete in a certain number of races, do appearances for the company, and maintain their top form in order to continue to earn the money available to them in their contracts. Those requirements did not change when an athlete became pregnant.

The toughest moment was when Ms. Goucher learned that Nike would stop paying her until she started racing again. But she was already pregnant. So, she scheduled a half-marathon three months after she had her son, Colt. Then her son got dangerously ill. Ms. Goucher had to choose again: be with her son or prepare for the race that she hoped would restart paying her .

She kept training. “I felt like I had to leave him in the hospital, just to get out there and run, instead of being with him like a normal mom would,” Ms. Goucher said, crying at the memory. “I’ll never forgive myself for that.”

A week after Goucher and Montaño opened up, Felix decided to come forward with her story. Felix is one of the most successful and
recognizable female runners in the country, with six Olympic gold medals. But in 2018, when she decided to get pregnant, she was
incredibly nervous about what how it would impact her contract with Nike.

“I asked Nike to contractually guarantee that I wouldn’t be punished if I didn’t perform at my best in the months surrounding childbirth. I wanted to set a new standard. If I, one of Nike’s most widely marketed athletes, couldn’t secure these protections, who could?” she said. “Nike declined. We’ve been at a standstill ever since.”

Not only was Nike not willing to provide her those guarantees, but it also wanted to pay her 70 percent less than it had paid her before her pregnancy.  At the end of 2017  Felix’s  Nike contract had expired.

Felix and Nike never were able to work out their differences. On July 31, Felix signed a multi-year sponsorship agreement with Althea, which included “full protection during maternity.”

“I’m just really thrilled about it,” Felix told People. “The way that they are doing sponsorship to me is incredible. It is
focused on me as a whole — as an athlete, as a mom, and as an activist and just to be supported in that way is amazing.”

The activism brought to this cause have already had a huge impact across the sports industry.Another company  Burton   decided to change its contracts for female athletes effective immediately in order to support and protect women during and after pregnancy. Among the changes, Burton ensured that pregnancy would not be considered a medical condition, it would not terminate a contract for pregnancy or maternity reasons. Other brands have made the same type of  policies.That includes Brooks ,Nuun and Altra 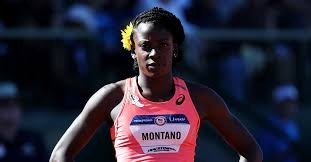 It will take labor laws and unions which have had to fight for such benefits in leagues such as the WNBA and National Women’s Soccer League (NWSL).  For individual sports such as golf,track & field and tennis. Female athletes are even more vulnerable because they don’t have a salary.They have to compete regularly  and win in order to make a living . It’s extremely crucial that major such as  sponsors like Nike do the right thing by their female athletes. It finally is, thanks to the bravery of its athletes in America, who risked it all to speak up and fight for a better future for female athletes worldwide.

If you consider yourself as a passionate online shopper like myself,eBay has amazing deals on the best products.I hoped you enjoyed the Nike Pregnant Athletes-Nike Now Decides To Support Maternity Rights article and if you have any questions want to leave a comment or want to leave your own  personal review,please leave a comment below .