Some the most talented and skilled professional basketball players in the world like Diana Taurasi ,Sue Bird and Mya Moore ply  there trade in the WNBA. For the most part though outside of WNBA fandom, they remain almost unknown.

Why is that you ask?

So people have compared Maya Moore to Michael Jordan as his female embodiment in women’s basketball, and she has her own sneaker line through the Jordan brand. The tough reality of being a WNBA “star” is something even she can’t ignore. Last April, she wrote an honest and open essay, called (Invisibility), in which she talks about all the hard work she put in to get to where she is today, and how disappointing it is that all that hard work goes relatively unnoticed.

It’s true and also very unfortunate. WNBA players work just as hard as their male counterparts, receive a fraction of the attention and get paid far less. “But they only play a few months in the summer, you might say. Sure. But once the WNBA season wraps,several players take their skills overseas to play basketball internationally. The league’s best player, Diana Taurasi, sat a year because the Russian team she plays for overseas provided her a million reasons not to do so. The WNBA has trouble competing with that because of low salaries .

So, what’s the solution? Is it promotion?

Maya Moore thinks so. “We need the marketing to match our product,” she said in her essay. “Celebrate us for the things that matter the stories, the basketball, the character, the fiery competitiveness, our professionalism.”

Women’s college basketball gets more televised games than the WNBA, and that is a huge part of the equation as well. Basketball fans don’t really care too much for the stories off the court. Or the professionalism and character. They care bottom line primarily about the on court basketball product. And the product needs way more on air television visibility. In order to market the product the league’s product the best teams need to be showcased better visibly like they do in other major sports, in order to gain more traction with a larger market share.

Moore also wondered in her essay why the fans that rooted her on at the University of Connecticut didn’t follow her to the WNBA. Diehard college basketball fans are just that  college basketball mostly fans. Once Moore left, the next crop of talent came up and UConn has remained a women’s basketball  juggernaut . As a UConn fan, why look elsewhere?

It’s been often said that the main Achilles heal of the WNBA is the lack of interest from men. That’s part of the reason why previous attempts to soften the WNBA’s image were brought up in marketing sessions by WNBA league-heads. I interviewed Brittney Griner a couple of years ago for a magazine story in which she revealed that the league was contemplating shorter and tighter uniforms. This cringe-worthy idea would have done nothing to improve the quality of the product, and would have played into the stereotypes that so many female athletes are trying to break down. The fact is a lot of men don’t want to watch the WNBA because they think it’s boring. How do I know? I’ve asked. They are used to high-flying dunks and blocks and fast-paced wheeling and dealing on the court. That’s what they want in a basketball game. But the only female baller that can really throw down is Brittney Griner. And guys think she’s too manly. But they want dunks. Yet they don’t want girls to be overly athletic. 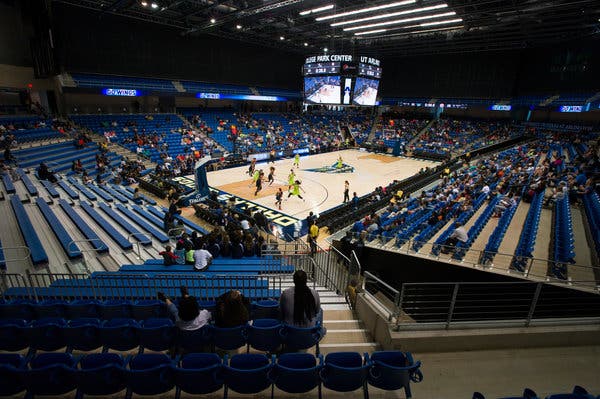 There are men who already have preconceived notions about female athletes in general or the WNBA is makes no sense .There is a irony regarding males who poke fun at WNBA players, kiss their daughters good night and preach to them that they can be anything they want to be when they grow older . Will only periheral be fans at best.

However men are not the crux of the WNBA’s problem . It is females . Women tune into Scandal or The Real Housewives for gossip ad intrigue Women in general are not paying attention to the WNBA.when they simply don’t care . . It’s not the right audience, some say. If women aren’t the right audience for women’s sports, then who the hell is?

More women to need care.And that, you see, is the real issue. , women’s sports in general the WNBA, . Notice I didn’t just say women. I said more women. The WNBA’s audience is 75 percent women. But those 75 percent make up a small fraction of the population. We need more women to watch, read and consume women’s sports in the same spirit as men do for men’s sports. Actually half the population of America is comprised of women. If Should most woman in the country watched the WNBA, it could stand on its own two feet. It’s one thing for women who have no interest in sports in general not to care about the WNBA. But I’ve encountered women who actually play basketball and played in college, and they are not sold on the WNBA. Even females who are actually interested in sports balk at the WNBA, including professional sports writers. Stacey Pressman, who writes female affirming and supportive prose in ESPN Magazine’s: The Body Issue, wrote this (far) less than glowing review of a WNBA game. And she isn’t the only female writer to do so.

Some women say they are fans, but they cannot find a game to watch on the tube . Others excuses are that the WNBA is on during the time of year when most people are doing summer-type things, instead of in the house watching sports.

The WNBA recently hired a new president of operations this past February to address the issue at hand. Lisa Borders, a former Coca-Cola executive, is now tasked with the responsibility of increasing viewership of the league. She has to figure out a way to market a product to a core fan base that isn’t exactly interested in the actual product. The situation is kind of like marketing gourmet ice cream to a group of people who are mostly lactose intolerant. It’s a hard sell.

When it comes down to it though, it’s not about the product.

It’s not about the looks of the players, either.

It’s not about the cut of the uniform.

It’s not about skill.

It’s not about men or what they want.

The WNBA needs more women to watch in order to stay viable. It’s no secret that NBA has been carrying the league since its inception. The following truth is hard to swallow, but it’s the truth nonetheless — the WNBA would be defunct right now if it weren’t for the NBA.

It’s ironic that the WNBA, a female-centered league and organization, is hurting largely because of the lack of interest from its own gender. In order to truly stand on its own two feet, earn the respect its players so deeply deserve, and separate itself from the NBA, the WNBA needs women to step up.

Because without women, there is no WNBA.

NBA Commissioner Adam Silver Silver opened up about what he sees as the WNBA’s failings . On the heels of last week’s news that male players in the G League, the NBA’s developmental circuit, would be getting a raise in base salary to $35,000 per season, Silver was asked by Michelle Beadle about how WNBA players can get a bigger chunk of the money generated by their league. “By growing the business,” Silver said. “The WNBA players are still paid significantly more than the G League players, certainly the top players, but ultimately this is not a Title IX issue, this is a business issue and we still have a number of teams losing money. …

We haven’t figured out a winning formula, to be quite honest.” According to one study, WNBA players receive only 20 percent of total league revenue, with their salaries ranging between $39,000 and $115,000 per season. In 2016, the New York Times reported that half of the league’s 12 teams were losing money. NBA players, for comparison’s sake, get about half the money that comes in to their league. That league currently is in the second year of a nine-year, $24 billion television contract with ESPN/ABC and Turner Sports, and player salaries have skyrocketed accordingly. Two main hurdles facing the WNBA, one being attendance, and he mused about possibly aligning the league’s schedule with that of the NBA and college basketball. Last year, the season ran from mid-May to early September, a change from previous years in which the WNBA Finals were not held until mid-October, when pro and college football are in full swing and the Major League Baseball playoffs are also attracting attention. “,” Silver said.

We have a lot of empty seats in our buildings.Ratings have been decent on ESPN maybe because the games are in the summer. One of the things we’re talking about is do we need to shift to the so-called more natural basketball season, sort of in the fall or winter. That may be part of the issue.” WNBA games averaged 7,716 fans per game in 2017, the highest number in six years but far from a significant improvement. WNBA games haven’t averaged 8,000 fans per game since 2009, and the 2017 figure was down 28.9 percent from the league’s all-time high attendance in 1998, which was the WNBA’s second season.

Moving the season to the fall would be risky, considering football’s stranglehold By holding its season in the summer months, the WNBA avoids those would-be competitors and gives television networks live-event programming during a time of year filled mostly with baseball and Major League Soccer.

Silver was surprise at the demographics of the WNBA’s hardcore fan base“It’s interesting: Women’s basketball is largely supported by older men in terms of the demographics for some odd reason .Maybe its because it is who appreciates fundamental basketball. “We’re not connecting with almost the same demographic that our players are. It’s amazing where the league now is from over 20 years ago when it launched,” Silver said, “but we still have a marketing problem. We gotta figure out how we can do a better job connecting to young people and how they could become more  interested in women’s basketball.”

If you consider yourself as a passionate online shopper like myself,Ebay has amazing  deals on the best products.I hoped you enjoyed the Lack of Women Interest Is The WNBA’s Biggest Problem-WNBA Games TV Tonight article and if you have any  questions and  want to leave a comment or want to leave your own personal review,please leave a comment below .