The Goal Of The Drew League Is To Help Young People

The Drew League Was Established By Alvin Willis

Alvin Wills  founded  the  6 team Drew League in 1973 .The platform of this league was to teach  life lessons through basketball and be a safe place for young women and men from the  South Central Los Angeles area. The Drew’s superstar cameos, roaring crowds, and vicious dunks that make national sports television highlight reels – none of those would exist without the early efforts of Alvin Wills. Now in his 60s, the league’s founder spent ten years overseeing the league during its infancy, setting the course for what would become a Los Angeles tradition. Back in the 1970s, while working for an inner-city community organization, Alvin turned the popular “Homeroom Basketball” program at Charles Drew Middle School into evening basketball games. Soon, talented local players and collegiate athletes from big-time programs all over Southern California began lining up to play. “That’s all we did around here,” Alvin says, describing the importance of hoops in the neighborhood. “There’s no bowling alleys, no malls, no movie theatre. So every night we’d be in the gym.” With players flocking seven days a week, Alvin founded the Drew as a six-team league that adhered to the same code that made his pickup run so popular: “It didn’t matter if you were a name guy or a no-name guy,” he explains. “Whenever you played, you had to play.” He would call the game, referee, keep score and generally do whatever it took to make sure games went smoothly. Even four decades later – with the Drew now solidified as the West Coast’s most celebrated summer league – Alvin’s legacy

The Drew League’s goal was to help young people form meaningful relationships on the court that would spill over into the neighborhood, as well as build an institution that would bring top local high school, college, and pro players back to the community.

The league had grown from the original 6 teams to 10 teams in 1985.Currently the league has up to 28 “invitation-only” teams to scap it out on the basketball court

Star Power Of The Drew League

After moving up the street, the Drew League added to the legacy of Washington Park, a community hub that acts as a safe zone for neighborhood residents. The new gym had a built-in scoreboard and air-conditioning, but was usually a standing room only situation.

Now with 28 teams and players ranging from professional superstars to playground legends, the league enjoys newer facilities and expanded space for teeming crowds. Still, lines of hopeful spectators often snake around the building.

The  Drew floor has a long list of notable players  who have graced the tournament includes:

Home To Some Special People

Throughout the Drew League season, the Jr. Drew League, a weekly youth basketball clinic for boys and girls ages 11-12 years, is held upstairs at King Drew HS. Led by Keion Kindred and LaSandra Dixon, the clinics serve children from the South L.A. community and teach them all the fundamentals of the game from dribbling, passing, shooting and teamwork. On the day of the Drew League Championship game, there’s a showcase game for both boys and girls at LA Southwest College. The Jr. Drew League also hosted a clinic with 5-Eleven Hoops, a non-profit basketball program for individuals with Autism and special needs, in late July. Professional basketball players like Cappie Pondexter, Jordin Canada and Aaron Brooks have also been guest speakers to let participants know what kind of work it takes to make it to the highest level. 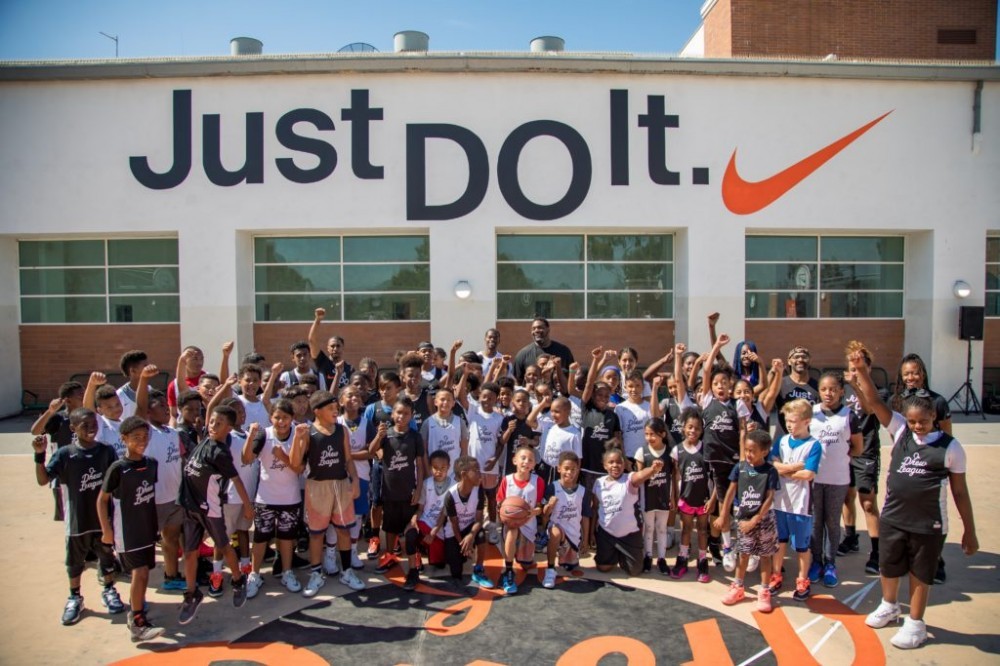 Eyleen Carlyle, was the 1st female coach in the history of The Drew League.In the Drew Summer League she  went on to win coach of the year award.

The Drew League is now  an institution. It has now has  big sponsors such as  Body Armor Super Drink,Monster ,Nike and Time Warner Cable. The Drew League rosters have been filled over the years with WNBA stars.

In a society that is marked by division.It can be hard to pinpoint areas where barriers fall and bridges grow across . But in Los Angeles, at the corner of Compton and Firestone boulevards, lines fade away in service of a singular cause: basketball. And some of the best WNBA players in the game —Chelsea Gray, Essence Carson and Odyssey Sims of the LA Sparks and Noelle Quinn of the Seattle Storm — will be featured performers in a middle school gym when the Women’s Drew League Playoffs kick off on Sunday Dec 02 2018.

The Women’s Drew League includes “athletes that’s played professionally, overseas,in the WNBA or both.According to Chelsea Gray of the WNBA LA Sparks , which means the games  should make for great entertainment  for Sparks fans who saw them perform  at  the Staples Center in the past are  hoping  to see the likes of Carson, Gray and Sims rock the  hardwood floor  again.

It’s amazing to be able to bring people out from the community to enjoy the game of basketball. Don’t get me wrong it gets really competitive. But it’s great to play against some athletes that’s played professionally, either WNBA, overseas, or both. It’s a great environment and I hope it’s around for a lot more years to come.

For humans inhabiting Earth which has been shredded by a  technological society and individualism. Community, that union among neighbors which gets cast into chaos when its inhabitants are subjected to systemic, socioeconomic disenfranchisement.

In South Central Los Angeles where the Drew League was founded and the games are played, a once-predominantly African-American community gave way to an influx of Latino residents, with both groups facing historical disenfranchisement and the ills that come with it, like gang culture and crime issues often worsened by gentrification process of renovating deteriorated urban neighborhoods by means of the influx of more affluent residents that effort to improve blighted neighborhoods that always seems to come at the expense of the community’s original inhabitants.

just as other major cities in the United States, the deepest divisions are along financial lines, with no place that this is more true than LA, where people in  residents of South Central and Beverley Hills often live in two different Americas. By fostering meaningful and  entertaining  basketball competition to South Central, the Drew League tries to do it’s part by assisting in the process to eradicate  those financial divisions by uniting players from diverse backgrounds. street ballers and college athletes have competed against some of the wealthiest athletes on the planet  that have participated in the Drew League creating a stronger  bond in the community as a whole

Bringing groups together is how a community develops pride and grows; it’s how the community’s inhabitants shatter the stereotypes heaped upon them by racism and history.

Drew League founder Alvin Wills sought only to spark an activity that would allow young people in his community to teach to the youths through the game of basketball. What it has become is nothing short of urban legend, if not a model for committed community leadership. 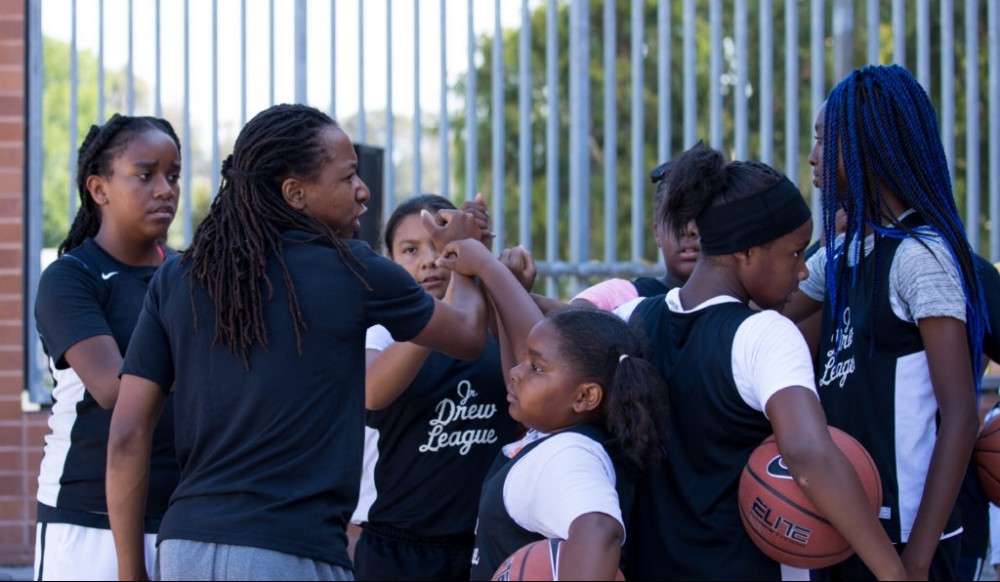 If you consider yourself as a passionate on line shopper like myself,eBay has amazing deals on the best products and exercise equipment . I hoped you enjoyed the Drew League Teams-Women’s Drew League Is All About Community article and if you have any questions about the post want to leave a comment or want to leave your own personal review, please leave a comment below thank you.