History of The Jordan 12

Very few  performances stand out more in basketball annuls  than Michael Jordan’s Flu Game single player display,basketball is generally known a team s as a team spoert . While MJ’s 38 points, 7 rebounds, 5 assists and 3 steals were far from shabby, it was his will to win and play through debilitating flu or rather food poisoning symptoms that made this game the stuff of legends. Instantly iconic, the performance still holds weight 21 years later.While the game clinching three-pointer may have been the defining play of the night, the most vivid image remains Scottie Pippen assisting his beloved teammate off the court. The night may have been MJ’s, but ultimately it was the Bulls who supported their star while he inspired them to win. 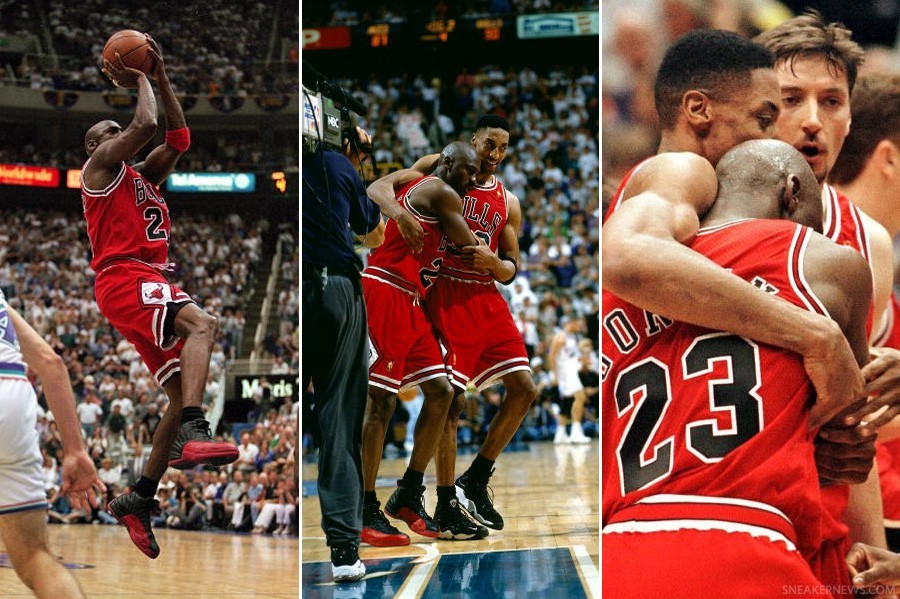 While the game-clinching three-pointer may have been the defining play of the night, the most vivid image remains Scottie Pippen assisting his beloved teammate off the court. The night may have been MJ’s, but ultimately it was the Bulls who supported their star while he inspired them to win. 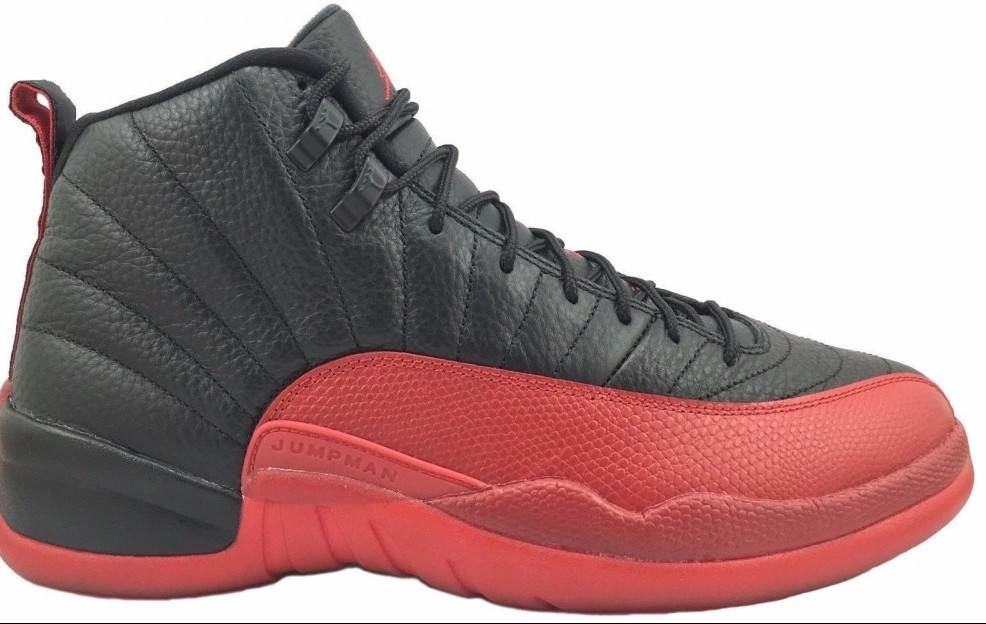 Michael Jordan Redefined The Legacy Of A Shoe

June 11, 1997 will forever be remembered as the birth of the Air Jordan XII “Flu Game.” In order to properly understand the significance of the “Flu Game” XIIs, you first have to revisit the timeline of events that led up to this sneaker being branded as such.

In Game 4 the Bulls put up a uncharacteristic low scoring total  of only 73 points. Jordan himself  was under par, going 11-for-27 from the field, finishing in a series low 22 points on the score board.

Having lost two games in a row, and with Game 5 in Salt Lake City, the Bulls were hanging on for dear life. To make matters worse, Jordan was going through  flu-like symptoms leading up to the crucial  Game 5 that they had to win  or go home and play some  golf.

Something remarkably  changed on that night . Jordan blew past the Jazz, trouncing his Western Conference foe to the tune of 38 points, seven rebounds, five assists and three steals in a 90-88 Bulls must win road  victory.

Jordan surrounded by his teammates.

Battling the spirit and savvy of the Utah Jazz and the nauseating symptoms of the flu, Jordan  put his team on his back pulled  from the depths of despair to a triumphant victory .

Michael Jordan is helped off the court by Scottie Pippen

The Bulls went on to win the ’97 Finals in six games, and Jordan’s legacy, as well as the shoes he wore that fateful evening, were forever enshrined into the memories of sports enthusiasts .

A oral report about the shoe, shows that the red and black “Flu Game” version was actually the original colorway.

“Flu Game” XIIs dropped on June 1, 1997—ten days prior to the sneaker being deemed worthy of the Smithsonian Institution. We also know the shoe piggybacked off the success of the Air Jordan XI model and brought Nike’s flagship designer Tinker Hatfield back into the mix in order to solidify the design.

Hatfield’s vision for the XII was unique. A 19th century women’s dress boot and the Japanese war flag, known as the Nisshoki.

But it was Jordan’s valiant performance in Game 5 of the NBA Finals that elevated this sneaker from simply a “Bred” offering to the “Flu Game” XII kicks we now  all love.

To prove how significant these shoes are, all you have to do is check out how much the original “Flu Game” sneakers worn by Jordan went for at auction. According to ESPN’s, Jordan’s game-worn kicks were picked up for a lofty price tag of $104,765.

Fortunately, for those who don’t have that kind of cash lying around, Jordan Brand is set to drop a retro, remastered version of the “Flu Game” XIIs is   WMNS  Jordan 12 .

The shoe is enhanced with premium materials, including a tumbled leather base. Tumbled leather spread across the kicks was used to reveal layers of grain detailing.

Between the black-and-red colorway and inclusion of tumbled leather, Jordan Brand’s vision for this retro came across without a hitch. It’s a shoe that, because of legacy and quality, has become a must-cop for sneakerheads. 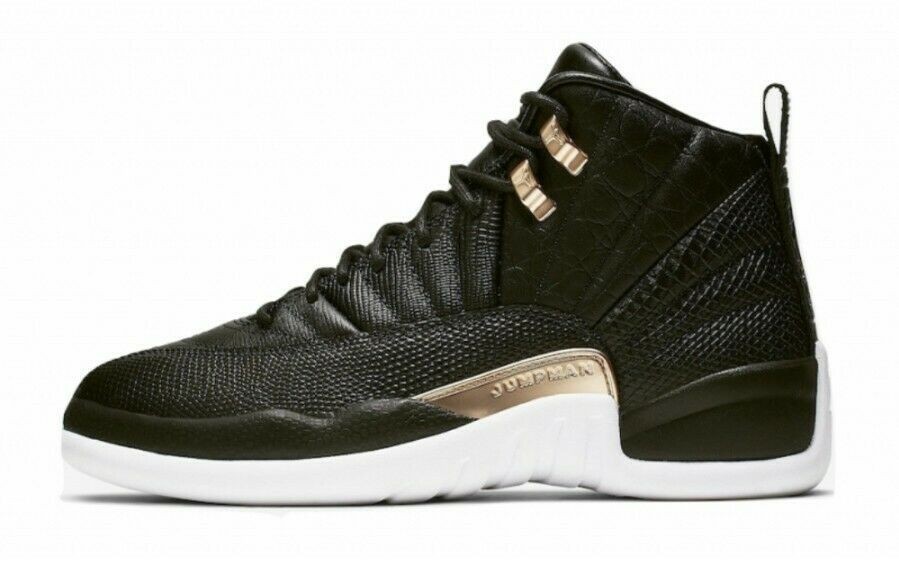 Female sneakerheads are  continuously getting much love from Jordan Brand .

This top brand’s designers are ready to bring a pimped out  up spin to the popular  Jordan 12 kicks . Opting for a regal combination of black and metallic gold, this AJ12 ushers in a premium “Snakeskin” pattern that continues to remain popular all throughout the sneaker industry. Keeping with its luxe aesthetic, metallic gold lacelets stick out on this design, matching its customary midfoot plate. The model’s signature stingray leather mudguard and a contrasting white outsole unit finish off the premium selection with classic a classic AJ12 touch. Kick starting a busy Spring/Summer season for the Jumpman 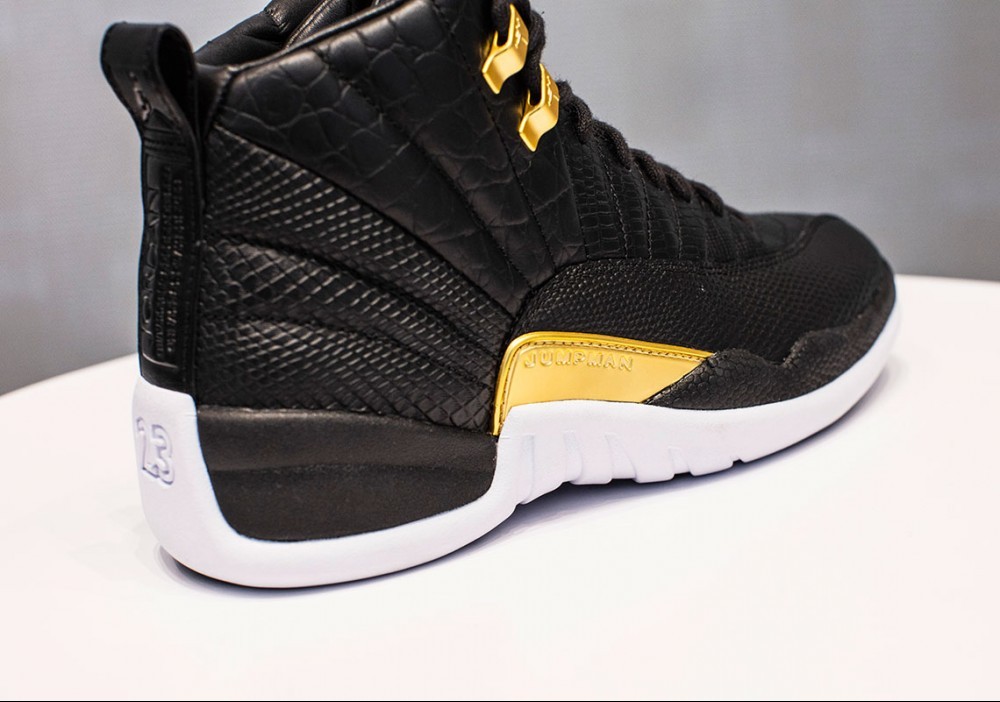 The Air Jordan 12 has long been a favorite of female sneakerheads, due to its queenly stylings and wide variety of colors. It’s a silhouette that’s always offered a look erring towards the more luxurious side of sport footwear, and Jordan Brand is now playing that connection up even more, as they’ve readied a new black, white, and gold colorway  complete with special reptile prints. Black leather and gold details are the name of the game on the upper, but upon closer examination, you’ll notice a masterful mix of textures as well: croc and snakeskin patterns are both present from the heel to the mudguard. There’s no cloth to be found on the inside or heel either, as stark black leather appears on both the heel tab and the collar. A crisp white outsole then appears to tie all the opulent embellishments together. These ultra-premium Air Jordan 12s are fittingly available on Ebay.

If you consider yourself as a passionate online shopper like myself,Ebay  has amazing  deals on the best products.I hoped you enjoyed the Air Jordan 12-WMNS AJ12 The Flu Game Sneaker article and if you have any questions  want to leave a comment or want to leave your own personal review,please leave a comment below .